Induction cooking- wave of the future or just a passing fad?

My very first induction cooking device arrived on this date. A Duxtop 1800 watt model that was ordered through Amazon just a couple of days ago and I was excited to see what it could do. I bought it more out of curiosity than for any other reason. The information at the site assured me that induction cooking was faster and more economical than using either a regular electric or a gas stove top. I wanted the find out if that claim was really true. 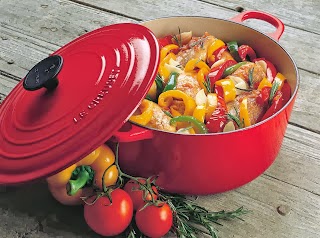 My first test involved using a ceramic covered iron pot (a small 1.5 qt LeCreuset) to make up some pasta on both my regular electric stove top and the new Duxtop. To be considered for this test, was the power used to cook the pasta as I assumed that the speed of cooking would be about the same (i.e. 12 minutes) but, I was also quite curious to see just how fast the water boiled so that was timed also. In order to do this accurately, I employed the use of a Kill-A-Watt meter for the Duxtop and also the services of a whole house monitoring device known as a TED or Total Energy Detective. Each device would (hopefully) give me a general idea of how much electrical power in kilowatt hours would be needed to simmer the pasta for 12 minutes. The winner would be the device that cooked the pasta for the least amount of power used. Here are the results:

Technical: The amount of spaghetti pasta used in both tests was about 100 grams with each bindle broken in half to better fit the pot. The water used was ordinary tap water, and it was measured at 65F at the start of each run. The amount of water was about 6 cups, in both cases. In both tests, the ceramic pot was left uncovered. No salt or other additives were used in either test.

The bottom line is that induction cooking may be somewhat cheaper than the electric stove top. For sure, the cooking temperatures are much more precise with induction. I'd give this concept a thumbs up! Just make sure to get one with the timer feature. I found that being able to set a precise temperature range and time worked out very well when making stuff like soup.
Posted by Dan Owen at 2:08 PM