Forsyth to ban burning of trash! 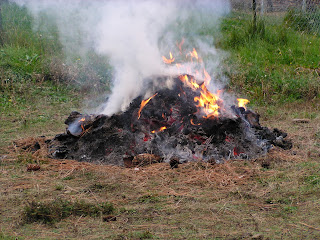 Forsyth MO. – Recently, the Board of Aldermen asked the city attorney to draft an ordinance that would deal with problems associated with the burning of household trash! Apparently the Fire Department was having issues with some residents inside the city limits who were setting fire to all sorts of trash, including items as large as mattresses! About two to three times a month they would be asked by people living next to these idiots to come put them out. The city does offer trash pickup and even has a recycling center for its citizens. The ban, if enacted, will correct that problem while still allowing residents to burn leaves and yard debris.
Posted by Dan Owen at 9:27 AM