Fifteen ways to get yourself on a FBI watch list! 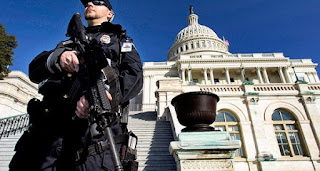 In hopes of catching more terrorists, the FBI released twenty five instructional pamphlets intended for everyone from hobby store owners to karate instructors. The idea being that these businesses will turn in their customers to the FBI as suspected terrorists. Every single one of these examples were taken directly from FBI lists distributed to places of business in how they can help fight the war on terror. Do one of these, and you just might end up at a FEMA camp someday! You've been warned!
Posted by Dan Owen at 11:19 AM

Email ThisBlogThis!Share to TwitterShare to FacebookShare to Pinterest
Labels: Fifteen ways to get yourself on a FBI watch list, Forsythkid, Terrorism, watch lists