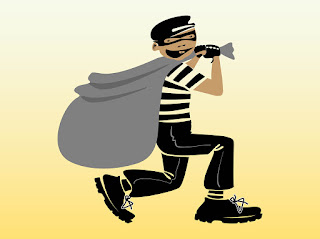 The times they are a changing and one of those changes we can all relate to are the kids and how they've devolved over the past decade into pseudo animals with little to no respect for people or their possessions.

Here in Forsyth, reports of thievery seems to be on the increase. One lady I know had her 50 inch brand new TV ripped off last December by young thugs who broke into her home while she was away at work!

Where I live in Taneycomo Terrace, numerous reports have recently reached my ears concerning people who have invaded and taken stuff from private parking garages! The thieves have even been bold enough to steal a paddle boat from the dock area that is part of the complex. I understand that those idiots were caught, but one wonders if they were merely tapped on the wrist before going out and doing more mischief? Don't get me wrong, both the Forsyth and Taney Police do an outstanding job and have done so for a long time, but they cannot be everywhere and it seems to me that the number of people who don't care to follow the rules are on the increase.

At any rate patrol officer Viviana Giraldo of the Forsyth Police came and took down some information along with getting a written statement from myself.

As a side issue: I recruited a street wise youth to go see what he could find out. The hunt is on!