California's a shakin – Is the Big One coming? 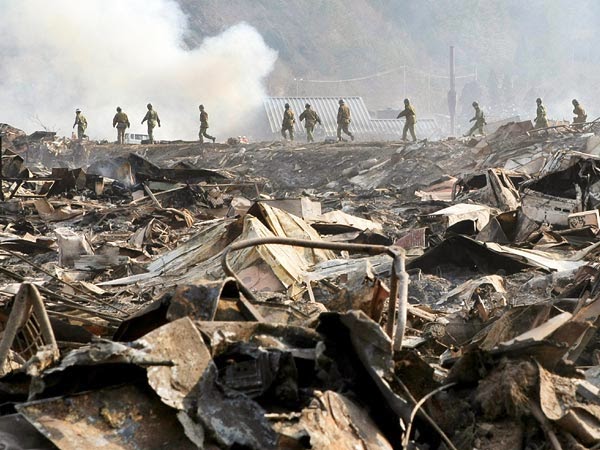 Ask the citizens living in LA about the two earthquakes that occurred within weeks of each other and you'll likely get differing responses! Some think they were no big deal, while others worry that these could be 'fore-shocks' that may be in advance of a much larger quake yet to come. (A quake that could destroy much of Los Angeles as has been predicted by some seismologists). Why, because the Puente Hills fault, which scientists believe might be responsible for Friday's 5.1 earthquake in La Habra, is considered very dangerous and could generate a quake in excess of 7.5 on the Richter scale. The Puente Hills thrust fault is considered very dangerous because of its location, running as it does from the suburbs of northern Orange County, through the San Gabriel Valley and under the skyscrapers of downtown Los Angeles before ending in Hollywood.

The Puente Hills fault could also be considered especially hazardous over an extended area because of its unique shape. Other local faults, like the Newport-Inglewood and Hollywood, are a collection of vertical cracks, with the most intense shaking occurring near where the fault reaches the surface. The Puente Hills, on the other hand, is a horizontal fault with intense shaking likely to be felt over a much larger area; some estimate roughly 25 by 15 miles – And, that could spell disaster on a scale few could imagine!

On a side note. Imagine the effect such a quake would have on the American economy! Thank goodness we have the progressive leadership shown by the Obama Administration ready and willing to tackle whatever may come! Please remember that Obama, Harry Reid and the rest of the Democrats are busy busy busy, even as you sleep!
Posted by Dan Owen at 11:36 AM