Stranded on the Mun!

In a far away location in space exists a planet known as Kirbin. It's a nice little planet populated with 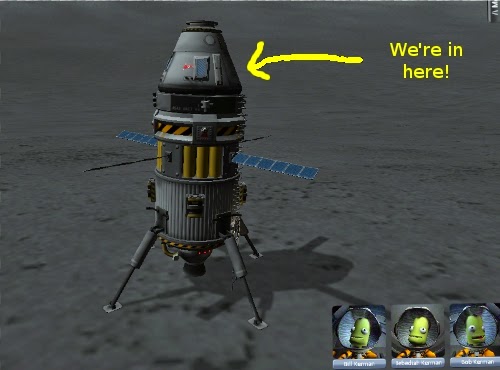 friendly inhabitants known as Kerbals. A race that is actually ahead of us on planet earth in terms of its technology as they have a very active space program. There's even a game out that's called KSP for Kerbal Space Program that us earthling can play for a small pittance.

Well, it seems that three if the planet's citizens, Bill, Bob and Jedediah Kerman (who are also brothers) have gotten themselves stranded on the planets satellite which they call the Mun. Strange coincidence that! Anyway, it seems that they ran out of fuel just as they landed and are now STRANDED! And, it will be up to me, a mere earthling, to try and get them rescued.

After hearing of their plight, I jumped into a nearby space-time worm hole and flashed over to their planet in a jiffy. [It's too bad that worm hole travel is invariably fatal to Kerbians, otherwise I could have plucked their scrawny green arses right off that Mun without much ado]. No, I'd have to go to the planet, pay for and then build a ship to go get them. (Nothing comes easy for us hero types)!

After I got settled in at a hotel on Kirbin, (a rather shabby affair called The Droige), I got right on over to the local space center to head up the construction effort. Almost immediately, I was faced with some challenges.(But, thankfully, I also got a break. It turned out that the rate of exchange on Kerbin was a million 'kerbinos' per human dollar)! That allowed me to construct the rescue ship shown here! It cost just $3,577,000 kerbinos and was even fitted with a rescue cell that would just hold three lucky Kirbins! I could hardly wait to set sail! 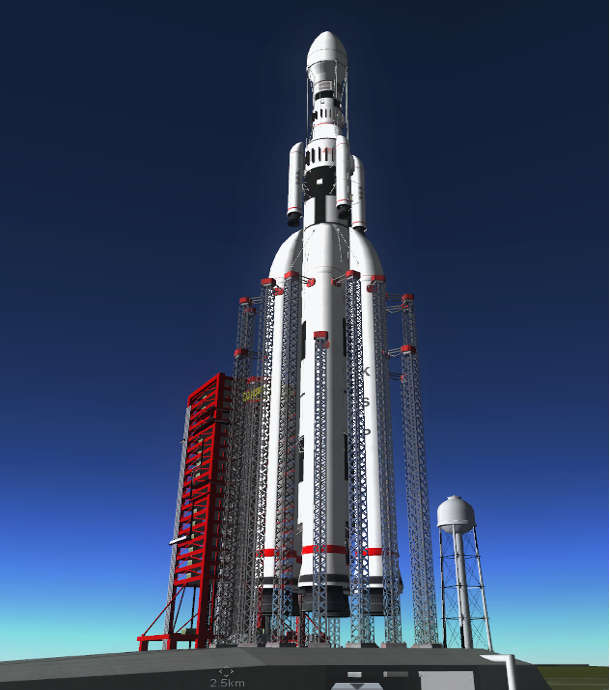 The journey to the Mun was perilous to be sure. As Kirbin's gravity, at 9.81 m/sec2 was just about that of earth, I manged to burn up a couple of tons of fuel just to get into a 75km orbit around their planet. Then, I had to perform what is called a Hohmann transfer maneuver in order to transition to a stable Mun orbit. Lotta work that was!

From there, more calculations were needed to do a burn that would be precise enough to get my ship down in the vicinity of the disabled Kirbans. Yes, it was tough, but you know what they say about when the going gets tough...! Suffice it to say that I made it and was able to get Bill, Bob and Jed back to their home planet. That evening, we all celebrated in fine style!