When science and compassion are at odds! An interview. 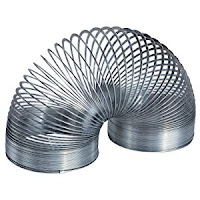 Today, I have with me Dr. Danomanno Dingo! Dr. Dingo is a renown scientist who has had numerous submissions for Nobel prizes over the past many decades. He's promised to answer some questions, today, regarding America's seemingly endless love with all things science.

Narr: 'Dr. Dingo. Is it true that many of the worlds leading scientist look up to you on questions regarding just about everything?'

Dr. Dingo: 'Why yes, thank you for asking. After getting my degree from the University of Detroit back in the 50's, I have endeavored to seek out only the truth concerning many questions that plague us even this day.'

Narr: 'That's great to know doctor. And please tell us where you stand politically?'

Dr. Dingo: ' Politically? Really? The fact is, young man, I don't think much about politics other than to say that those folks on MSNBC really seem to have their 'stuff' together. What was that program... Oh, yes. Those folks who are on that program called The Five. Why they're just the jam in my jellyroll!'

Narr: 'Jam? What? Let's just try and stay on topic sir. The reason I decided to interview you today was to talk about science and what the enormous costs of doing has done to America...'

Dr. Dingo: 'Oh my, now that's a hot button topic isn't it. Well yes, some science is OK. Bit other areas are really just a waste of time! Take NASA, for instance. Over the past many decades, they've been shooting those crazy men and women all over space and for what. The only thing NASA ever developed out of the entire space effort was the Slinky.. [Dr. Dingo hold one up which immediately falls out of his hand and slinks down onto the floor.] Why did we spend over 30 trillion dollars to develop a lousy cheap toy? That just don't make no sense! What we could have done was house ALL those nice migrant folks, whose a still coming up over the border, for them kind of bucks. But no way Jose! And now NASA is all a twitter over a 'picture' of some black hole! Why heck, if they wanted a something like that, my girlfriend is available to...'

Narr: 'No, let's not go there sir. OK? What I wanted to ask you was just how real do you think climate change is and do you think AOC was correct when she stated we have only twelve more years?'

Dr. Dingo: 'AOC? Oh, you must mean that Alexandria chick. Man, that's one hot Latino. [DanO grins and winks.] Well, that woman certainly has her head screwed on straight! Yes sir, climate change is a fact of life that all the scientists, I know of, fully support. I mean it is changing and cows do fart and that's exactly what I am talking about!' [Dingo stoops down to pick up his Slinky and stuffs it into his pants].

Narr: 'So, I take it you think America should do less science stuff and be more compassionate to illegal aliens. Is that about right?'

Dr. Dingo: 'Damn straight! If we could just round us up all those billionaire and, you know squeeze every penny we could outta them, heck everything would be free free free to all the down trodden in our society. You know who I'm talking about. Poor people like that Pelosi woman. Who needs space? And shucks, now that I think of it, we already got ourselves places like China and Russia to take care of the great beyond. Let's let them do that stuff while we sit back and get us some free housing, healthcare, education and food! Then, we could all sit back and see what happens....'