Second Life does have some redeemable qualities! But it's still a piece of caca! 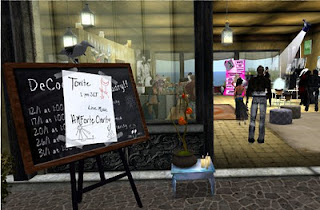 After posting a rather visceral rant on how SL has all but screwed me the consumer, I quickly watched two of my concerns fade away. 1) I was able to log back in and 2) they had magically restored voice in my sim. IK, so maybe there’s hope for this wacky virtual world after all. 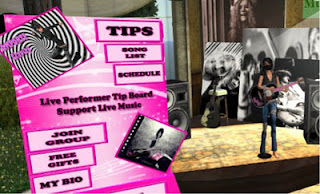 As soon as I was able to log back in I was given an invitation to attend a concert where a singer by the name of Amforte Clarity was performing. And yes, that’s her real SL name – you do get some strange ones, believe me! So, I hadn’t heard this particular singer before, but with some time to kill I decided to hang around and listen. I wasn’t disappointed as she has a beautiful voice and a really well developed repertoire of songs from which to choose. I ended up hanging out at the DeCoch, Serna (Italy) location for a good half hour and enjoyed myself thoroughly. I even dropped a few Lindens (money) in the tip jar.

Then, I was locked out again! Bottom line, please do not ignore my previous post and do come and visit Second Life when you can.

And then the rest of the story - Look if you crave problems, like crashing, and want to feel completely helpless as I do - SL is for you! SL is a crap shoot with the emphasis on the former.
Posted by Dan Owen at 4:15 PM