Did the environmentalists make a boo boo? 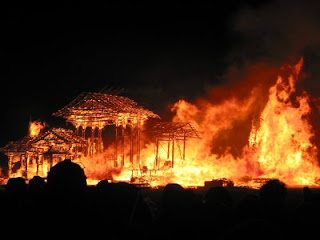 My oh my, the left has been rather busy as of late, haven’t they! If it’s not the rat pack (aka OWS) getting arrested by the hundreds, then it’s been those ‘lovers of the earth’ who have successfully derailed the Canadian oil pipeline. Hey, I’ll give credit where it’s due! I’ll also tip my hat at the Left for completely killing any hopes of America getting independent from oil exporters who hate our guts. Raise your skirts boys! Our fragile economy now pretty much finds itself balls to the wind with respect to energy independence. Once again let me thank President Obama, Pelosi and Reid for their unrelenting ‘energy’ and enthusiasm in this area. I wonder how history will remember them…

But, wait! Was there a small itsy-bitsy miscalculation? Cause, now I hear Iran is getting ready to meet today, to debate a bill that could see them banningall oil exports to the EU! Oh? I say! What great timing that? And, who could have seen this coming (other than about 5.9 billion or so)? And, did I mention the ban could be for 15 years? What fun!

So, just in case anyone needs it drawn out for them, large scale oil disruption (even should other nations take up the slack) could easily collapse the member nations of the European Union which could cause a domino effect whose ultimate end will also be the collapse of the US. [Stop for a breath] Were that event to happen, I’ll tell you now that the ‘land huggers’ and hippies out in ‘Californialand’ and elsewhere will be very put out. Because overnight, you see, we could well be thrust back into the good old Dark Ages. You know, that time where life was brutal and short, but mostly short! Were feudalism to become the new law of the land, Then I’ll be those cute little green electric cars you all drive will cease working…cause there won’t be much in the way of electricity.

Now, some people might call me an alarmist. Really? We’ll just have to wait and see., and I don’t think we’re going to have to wait too long!
Posted by Dan Owen at 1:50 PM

Email ThisBlogThis!Share to TwitterShare to FacebookShare to Pinterest
Labels: Danomanno, Economy sliding towards and abyss, Forsythkid, Iran to ban oil to EU, Riots in the street of California