Are we headed towards a World War with Russia? 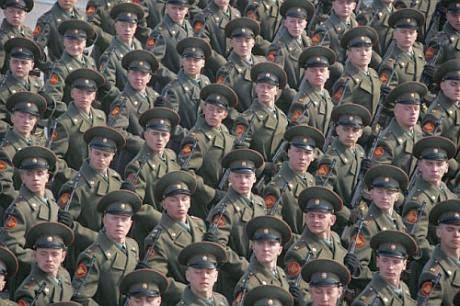 What do you get when you mix mix a clueless leader like Obama, possibly the worst Secretary of State in our Nation's history and a shackled military together? Why, a recipe for global disaster, of course!

Unexpectedly, at the height of a cold Ukrainian winter, war has exploded anew on a half-dozen battered fronts across eastern Ukraine, accompanied by increasing evidence that Russian troops and Russian equipment have been pouring into the region again.

A shaky cease-fire has all but vanished, with rebel leaders vowing fresh attacks. Civilians are being hit by deadly mortars at bus stops. Tanks are rumbling down snowy roads in rebel-held areas with soldiers in unmarked green uniforms sitting on their turrets, waving at bystanders — a disquieting echo of the “little green men” whose appearance in Crimea opened this stubborn conflict in the spring.

Enter, stage left, our illustrious President Obama and the ever feckless Secretary of State, John Kerry. Throw Rice in to the mix and you have a sort of modern day Larry, Curly and Moe – three incredibly inept stooges who collectively couldn't open a shit house door without falling headfirst in to it, in my opinion at least.

Russia, in the form of Vladamir Putin, is a very tough nut that the US is now steadily pushing ever further into a corner. Putin is like a cat. When he's gets pressured that way he will eventually explode f pushed too far. And most recently, our very wise President has indicated that there is now a possibility that we will supply arms to the Ukrainians if he and his Russian separatist forces don't back down. Talk about lighting a short fuse!

History has shown that the Russian people are a very hard people. (In wars past, they have endured incredible hardships while not giving an inch to opposing forces. Hitler learned that lesson the hard way). Our President seems to feel that since he has been able to bluster the American people into silence, that he can do the same with the Russians. That, I feel, would be a very bad move on his part. Just one of many he has managed to make over the past six years.
Posted by Dan Owen at 10:52 AM

Email ThisBlogThis!Share to TwitterShare to FacebookShare to Pinterest
Labels: Are we headed towards a World War with Russia, Forsythkid, Global war, political commentary, Putin, Ukraine