Benefits of maintaining a diary! 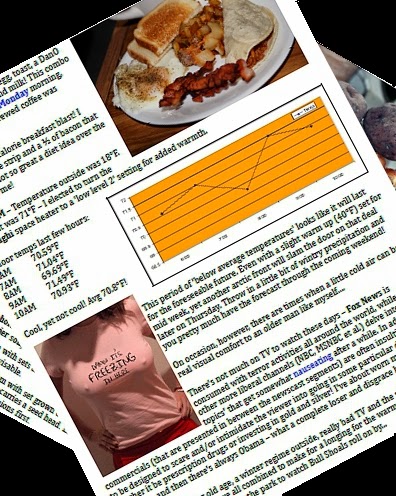 For years now, I've managed to maintain a daily diary that focused mostly on the weather. I've done it to help me keep a record of what it was like in February, a few years back. A record, if you will, of one man traveling through life, leaving a few tracks in the temporal snow as it were.

I feel that by writing stuff down, it helps me to cope with some of the stresses of life by venting, even if that venting is only to yourself! We live in a very complex, technological and dangerous world that seems to be getting crazier by the moment. Weird topics that never came up, for me, in the eighties or nineties, now seem to be more the norm. Immigration reform, a nuclear Iran, ISIS terror cells in the US, an ineffective and leaderless government with regular be-headings thrown in for added effect. 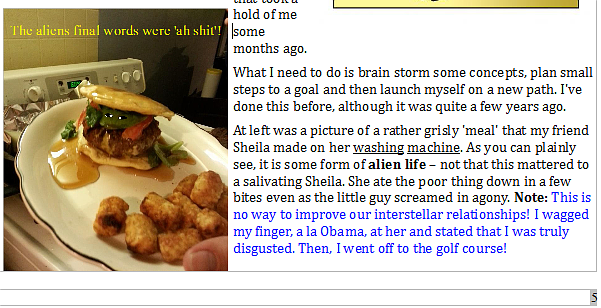 In today's America, the nuclear family is history. Morality is now more of a concept as opposed a lifestyle and the word God is uttered less and less by a citizenry that I no longer recognize. More often than not, I now pack heat, lock the doors to my house when I'm away and now distrust many people and most governments in general. So, I have my diary to turn to... perhaps I'm a little like a male version of Anne Frank in that regard.
Posted by Dan Owen at 11:04 AM