Illegal deal of a lifetime! 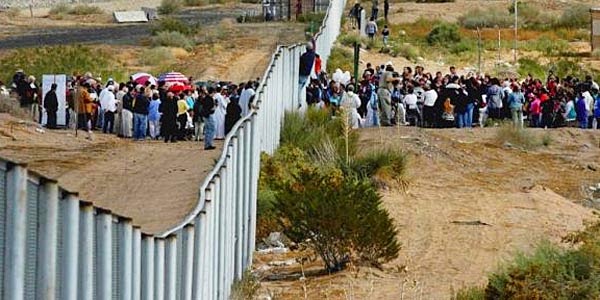 Lawmakers are warning that President Obama's immigration executive actions could open the door for millions of illegal immigrants to qualify for hefty tax "credits" regardless of whether they've filed or paid taxes in the past.

And, all they need is a Social Security number.

Obama's November announcement paves the way for up to 4 million illegal immigrants to obtain Social Security numbers and work permits. After some initial confusion, IRS Commissioner John Koskinen told Congress this week that this would make them eligible for what's known as the Earned Income Tax Credit (EITC) providing they've been working.

Wow! And these credits will only cost us, the taxpayers, about 10 billion over the next 10 years. That's always assuming that the projected two million illegal crossee's estimated for this summer is way over blown! I mean what other country in the world could shoulder a burden like that when the unemployment figure there is estimated to be over 7% (GAO estimate)? None that I know of.

And, I hear that word of all that free money is being spread far and wide over much of Central America. I mean all ya gotta do, if your poor and living in say Columbia, is pay a mule to help you cross some measly river and suddenly you're home free and in the lap of luxury! What a deal!!
Posted by Dan Owen at 12:54 PM

Email ThisBlogThis!Share to TwitterShare to FacebookShare to Pinterest
Labels: American on the hook for billions, Forsythkid, Obama to give away billions to illegals, political commentary