NASA announces objects on Ceres are artificial in origin? Well, maybe not. 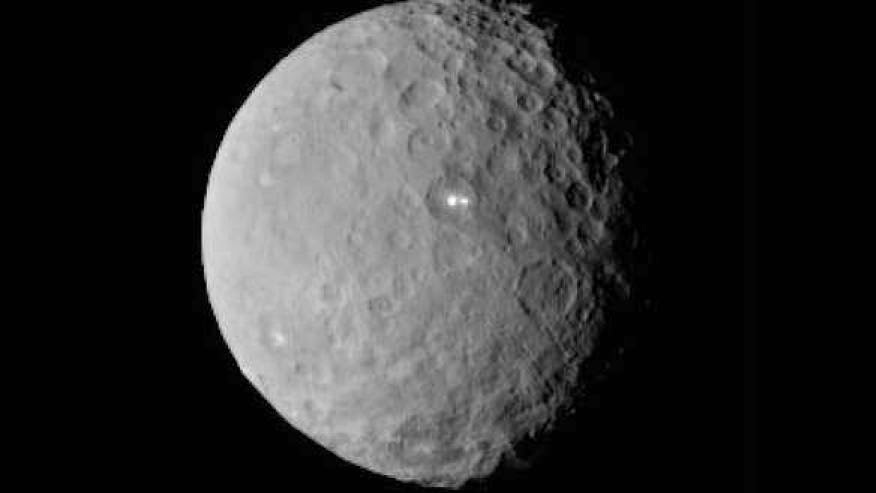 OK, this post is a work of pure fiction, although as of this writing the two bright spots seen on the Ceres minor planet continue to puzzle scientists.

But, I couldn't help but think what it might mean for the tired old planet of ours should these spots turn out to be enormous monoliths. You know, similar to the small one they find on the moon in 2001: A space Odyssey.

The picture shown here was taken by the Dawn spacecraft from a distance of 29, 000 miles and so those spots would have to be enormous in size! But, what if on a later picture, the images resolve like so? What sort of impact would that have on this planet? On America? On the Middle East? 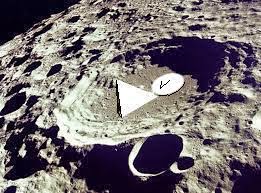 One thing for sure. There would be one hell of a race to build craft to get there! I would picture insane goings among the various nations  on in a similar vein to the move titled 'The Great Race'! Great entertainment indeed!

April 5 Update: Dawn's arrival in orbit was almost a month ago... since then a total blackout of any news concerning Ceres; no closeup photos, no scientists speculations, no nothing.... The question now becomes, exactly what is NASA or the government or both hiding from the public? My next conjecture is that NASA will announce that the craft has suffered a 'failure' and that no pictures will be forthcoming..

April 6 - OK, It's now been implied, by some other bloggers, that I'm crazy - there's nothing to see here. The spacecraft will be back on line soon with great pictures..... If that happens - cool by me. If, on the other hand, there is some sort of malfunction... then I will continue to wonder.
Posted by Dan Owen at 8:16 AM