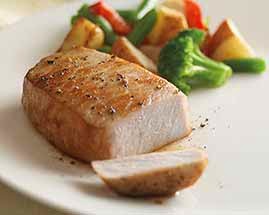 Before I delve too far into this critique, I think some facts about pork, are in order. One serving, (in my view), should be about 3 ounces for any one meal sitting. I'm diet conscious you see! From that small portion, you’ll get only about 137 calories along with 4 grams of fat. (Pork is similar to chicken, with 3 ounces of chicken breast containing 140 calories and 3 grams of fat). A pork chop also has 65 milligrams of cholesterol, compared to 72 milligrams in chicken breast, while they both have just 1 gram of saturated fat. So, all in all, they're pretty close as far as the 'white' meats go.

But wait! There's more!Boneless pork chops, also deliver a big boost of complete protein. Men get 43 percent of their recommended daily intake, and women gain 52 percent from one 3-ounce pork chop. Add in a small baked potato and milk, as I've done here, and your hitting on all of the essential amino acids you need to keep your body going. As a bonus, pork gives you an added boost of Vitamin B complexes that aid essential enzymes! 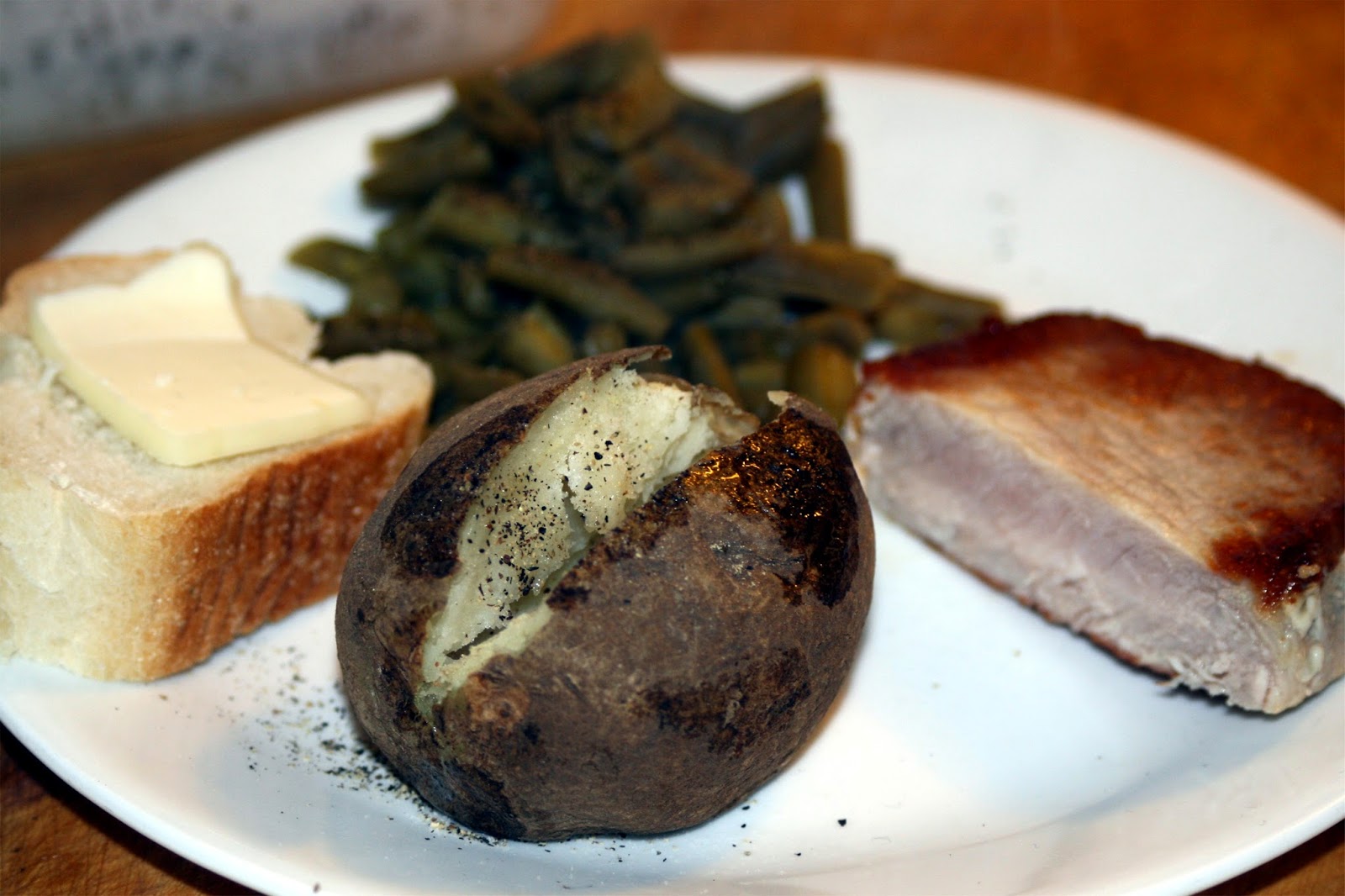 In general, enzymes that activate and speed up biochemical processes (think energy at the cellular level) depend on B vitamins to function properly. In this role, B vitamins help metabolize food into energy, create normal red blood cells and produce neurotransmitters. Pork chops contain all of the B vitamins (except folate) and they're an especially good source of three that contribute to cardiovascular health. A 3-ounce pork chop provides 25 percent of the recommended daily intake of vitamin B12, 38 percent of vitamin B6 and 47 percent of niacin. So, it was with that sort of mindset that I ordered eight 6 ounce boneless pork medallions from Schwan's Home Delivery, just recently! For this meal, I've prepared the 6 ounce portion by frying it in olive oil over medium heat for ten minutes per side. (This was divided in half with one portion eaten for lunch and one for dinner). OK, enough with the technical stuff.

The truth be told, I like to eat pork, (that's been properly prepared) quite a bit. As one who also watches out for gout, I like the fact that a three ounce amount produces only about 150 mg of uric acid, making it moderately low among most meats. Pork also lends itself, nicely, to all sorts of marinades which can help to add a whole new dimension to the dining experience!

One this occasion, I skipped the marinade, nuked a small potato and did the same for some green beans to which a glass of milk was added. As you can see from the nutritional panel – this meal was loaded more in favor of proteins and fat than it was carbohydrates and so was therefore more slowly digested with less of a glycemic impact on the bloodstream later on. All told, just 346 calories

meaning I still have some wiggle room left over for a snack later on. (When you're dieting, those snacks mean quite a lot)! The meat was juicy, flavorful and cooked just the way I like it! I gave the chop a score of 8 and, once again, I have to give credit to the folks at Schwan's for doing such an excellent job with all the products I've tried so far!
Posted by Dan Owen at 11:48 AM