What's wrong with World of Tanks? 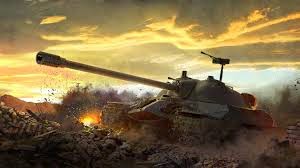 After having played WOT for over a year and after having spent money on a multiplayer online game developed by Belarusian-Cypriot company Wargaming, I can state with some authority that while the game could be one of the best out there in cyber space, it suffers from a fatal flaw... the people who play it.

While I won't bother going into the nitty gritty of how this game is played or how awesome the graphics are, I will say that were it not for the 1% of players who wreck the gaming experience, I'd still be playing today. Who are these 1 percenters? In my studied view, they are mostly comprised of 20 to 30 somethings, who are living in their parents basement and who spend an inordinate amount of time on viewing stats! In games they participate in, they have a tendency to launch vendetta's against players, even those on their own team and make thus make playing a total drag.

And that's too bad. I give the game a rating of epic Fail.
Posted by Dan Owen at 9:19 AM