Flu in Missouri is on the decline! 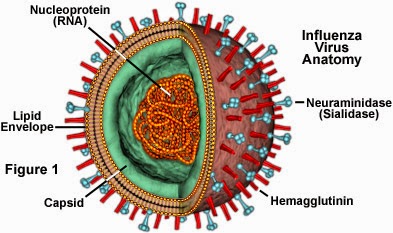 This year's flu season has officially crossed the epidemic threshold, according to the Centers for Disease Control and Prevention. Even though it's still early in the flu season, the CDC has been ratcheting up concern that this year, the flu season could be a tough one, especially on the very young and very old! Part of the reason centers around the H3N2 strain, the most common flu virus this flu shots (only about 40% thus far), the mismatched vaccine will only give a person about a 50% reduction in severity should they catch the mutated strain. As of the start of January 2015, it's looking as if the group at the highest risk are those over the age of 65.

Update: For Jan 10, 2015 - Flu activity in Missouri remains widespread! A total of 32,500 cases have been confirmed across the state. Influenza type A was the predominant strain with a rating of 93.2%. Taney County has had 101 confirmed cases so far in January 2015.

Update: For Jan 17, 2015 - Flu activity in MO, while still widespread is trending downwards and so looks to be following the normal seasonal curve. From January 11 to Jan 17, no new cases were reported in Taney County, MO. The total number of cases, statewide was at 117 cases.