The Day the US Power Grid Collapsed! 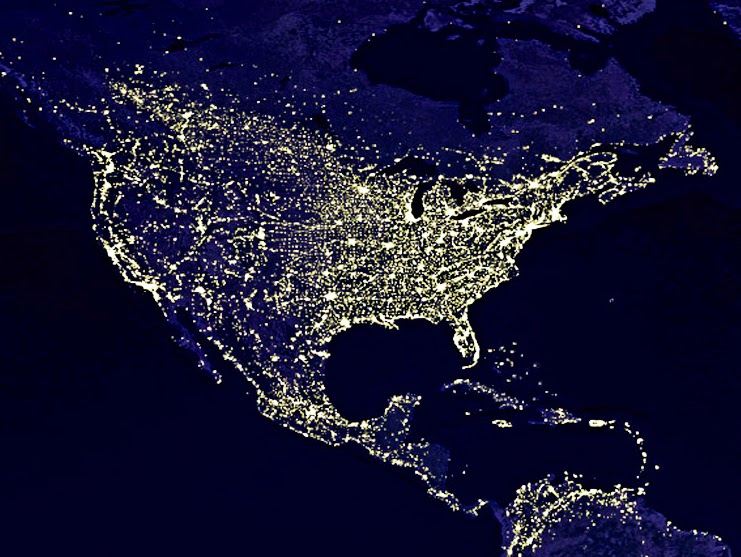 According to former HSL director, Janet Napolitano, 'A massive and serious cyber attack on the U.S. homeland is coming, and a natural disaster, the likes of which the nation has never seen is also likely and on its way.' In my view, she should know.

So, would it surprise many to learn that the United States in the persona of President Obama, is more interested in passing legislation concerning global warming? Rather than investing tax dollars to help and improve our vital infrastructures, Obama is much more interested in hobbling the energy industry via a set of sweeping reforms that would see the demise of the coal fired electrical plants nationwide. His arm of enforcement would be the EPA – a department that looks more and more gestapo like every day!

Make no mistake, a successful hacking attack on the control interfaces that keep the electrical power going, would be a disaster on a scale hereto unknown to modern man. Overnight, the nation would be plunged back into the dark ages with all that would imply. Should the outages last longer than a week, food dearths would become widespread, cell phones and towers would cease to function, even the water supply in home would stop as the batter backups at the local water departments would stop the pumps. Shortly thereafter the riots would begin as those desperate for food and water would surge out of control. Massive deaths would follow with the specter of disease growing each day. Not a very good scenario to be sure.

But, really! What are the odds of that actually transpiring? Rep. Yvette Clark (D-N.Y.), who chairs the Emerging Threats, Cybersecurity, Science, and Technology Subcommittee, said the United States faces chilling odds of an electrical-grid attack. According to a statement recently made by her, “Our networks are already being penetrated as we stand here,” Clarke said, according to a report on InfoSecurity.com. “We are already under attack. We must stop asking ourselves ‘could this happen to us’ and move to a default posture that acknowledges this fact and instead asks ‘what can we do to protect ourselves’?”

Indeed, Ms. Clark's fears are backed up by many industry experts. Government and utility industry officials were so concerned, in fact, that in November 2013, they staged a massive emergency drill, called GridEx II, that involved thousands of utility workers, business executives, National Guard officers, FBI anti-terrorism experts and government officials from the U.S., Canada and Mexico. They practiced responding to a simulated failure of large parts of the electrical system across North America. The scenario envisioned by GridEx II is a particularly scary one, in which terrorists or an enemy country stages a combination of cyber attacks and physical attacks that destroy or render inoperable crucial power facilities and take down large sections of the grid. Then, it will be checkmate!

So, next time you wander out to your kitchen to fix up a nice tasty snack, just remember that most everything you and your family take for granted is available only for so long as the national grid is up and functional. Perhaps you can even find a moment to shoot off an email to your Congresspeople to give them a heads up....