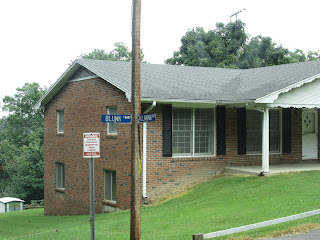 Located just a stones throw from the Taney County Courthouse in Forsyth Missouri runs a short section of street that seems to have been denigrated back to the Middle ages, at least as far as modern communications go! You see Blunk Terrace, a street with about four dwellings on it, apparently have no Internet, no satellite and no phone service! Why that should be so, when the next street over enjoys all the above, is a true mystery to me. One can only imagine what living in such primitive conditions must be like. I wonder how the residents communicate to the outside world? Smoke signals?

Thus far, I've not been able to discover the cause. Perhaps some kind resident on Blair could run a cable 150 feet over to Blunk bringing those folks out of the 14th Century and into the 21st!

A note: As our Federal government grows ever more bloated and spews vast amounts of regulations out each week - the ground becomes ever more fertile for some companies to abuse the system. We need the states to regain control in order that we can better manage companies like Mediacom....
Posted by Dan Owen at 6:50 AM