Effects of a novel pandemic flu strain on socioeconomic conditions in the US! 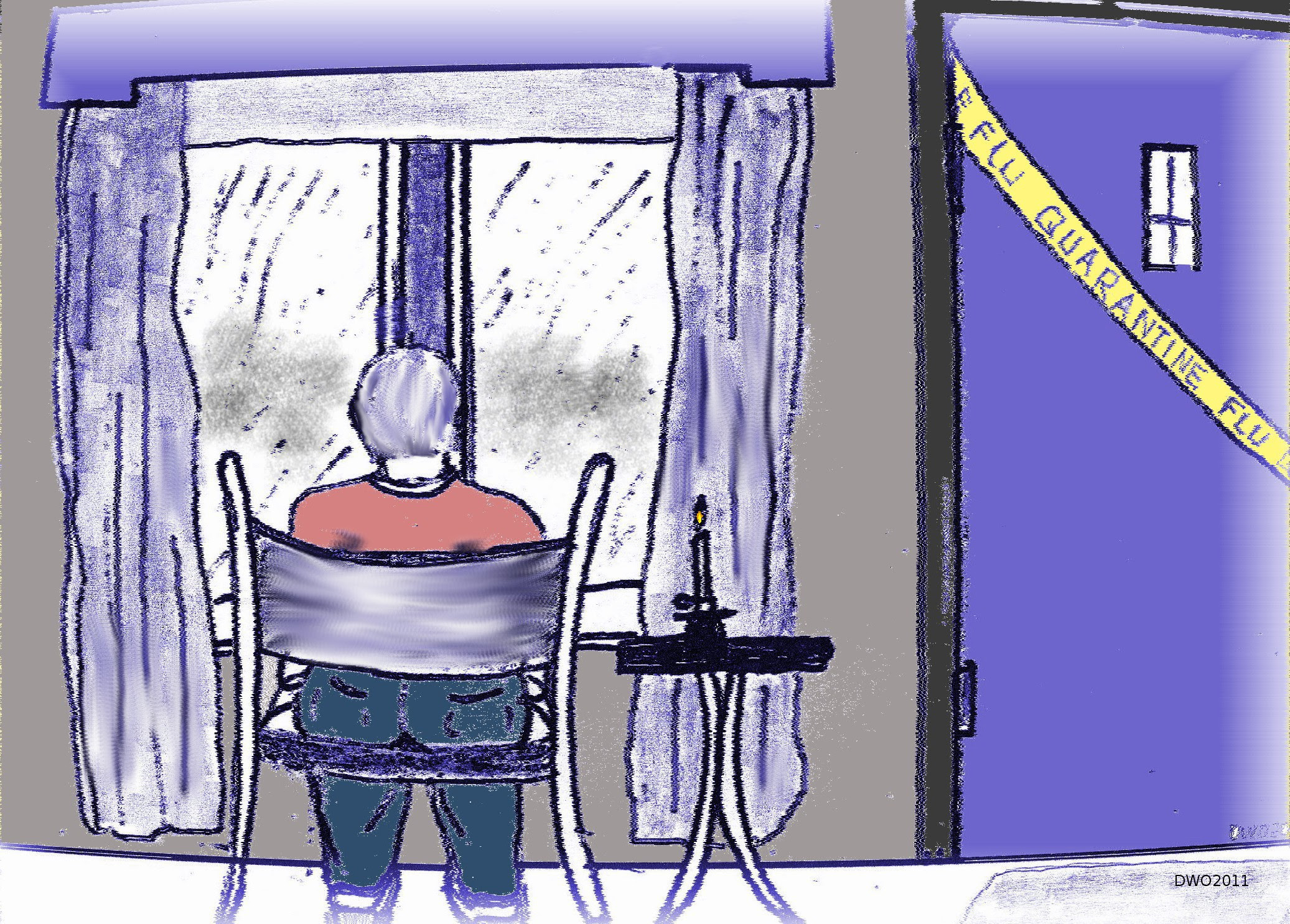 With most of the national attention focused on job creation and the economy these days, it's easy to see why not much press is being devoted to other issues. Among these would be the potential effects resulting from a virulent outbreak of pandemic flu!

In the scenario I'll cover here, the Avian flu makes a successful gene re-assortment in Hong Kong that enables it to freely move from bird to bird and human to human. Avian flu is a type A subtype (H5N1) strain that is already a proven killer with over 60% of human infections ending in death. The only restraint on this endemic strain, thus far, had been the rarity of transmission from infected poultry directly to humans. (So far, only 300 cases have been reported since it first appeared in 2003). But in this scenario, it has mutated and is now free to move with lightening speed among the population.

Within just a week or two of the first human to human transmission, the virus could easily be spreading within many countries in the world. A world, where a pandemic such as this, could easily cause severe shocks to the social and economic fabric living in countries already tottering on the brink of collapse.

In the United States, first word of a problem would arrive at the World Health Organization and Centers for Disease Control headquarters after laboratory testing revealed the true nature of the virus. Within days, a massive effort would be initiated to develop an effective vaccine. Unfortunately, this is a process that could easily take months to make happen. By that time the Avian, or Super Flu as it was now being called, would likely already be raging in many parts of the US. Hundreds of suddenly very sick patients would be showing up at big city hospitals, quickly overwhelming the staff. Not long after this, the media would pick up the story and then the real enemy would shows its face; panic! As almost always happens whenever a national disaster occurs, the first reaction of the public would be to flock to grocery stores to load up on food.

Most stores these days, only carry about three days of inventory. Quickly, then, the shelves would be stripped. Next hit would be gas stations and pharmacy's. Gas stations would close further augmenting the public fears. Citizens would sequester themselves at home in front of the TV, while the media did what it does best; scare the living wits out of everyone far and wide. Meanwhile the flu would keep on spreading, leaving a trail of sick and dying people in its wake.

Within a week or two, as the virus spread unabated over the land, people might well decide to stop going to work or public places. While that may seem to be a good thing, the absenteeism would also apply to critical public services like electrical power stations, fire houses and water distribution stations. Then, it becomes just a matter of time before needed services begin failing in one location after the next. News comes in from Europe that some countries are collapsing. Here at home the president promises prompt action. He tells everyone the worst is over. And the bodies keep piling up.

Then one evening shortly thereafter, you're at home with your family watching the grim events unfolding on the TV when the power suddenly goes out and stays out. A little later the water stops flowing! You look outside to see a fire that has broken out out one block over and yet no one responds. In short, a nightmare is in the making and you're powerless to stop it.

---------------------------------------------
Could this kind of horror story ever happen? I hope not. It could easily be that the worst case scenario might only result in a short interruption of services or maybe none at all. Perhaps a vaccine could be produced and distributed with unheard of speed, nipping the problem in the bud. You never know. But, then again, survival favors the prepared mind, if I may paraphrase.

Next post: Simple preparations you can do to be prepared in case disaster strikes!
Posted by Dan Owen at 8:18 PM