That old Avian Flu is still hanging around! 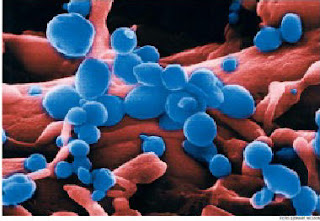 “Greetings from The Humungus!
The Lord Humungus! The Warrior of the Wasteland!
The Ayatollah of Rock and Rolla!”
Mad Max 1981
While the Avian flu may or may not be a true 'Humungus', it is definitely on the watch list of many virologists worldwide. Unlike previous strains of influenza that have come and gone over the past decade (the swine flu comes to mind), this little bugger has proven to be pretty sly. Designated as a type A( H5N1) strain that reached a peak in over 63 countries in 2006, this novel strain was thought to be stamped out due to the extensive culling ($20 billion worth) of domestic poultry. The virus, which has other ideas, has managed to make a comeback in wild birds and is now considered to be endemic in Asia once again.To make matters worst, its also spreading with the wild bird population.

One item that also has scientists concerned is the newly acquired ability of the bug to resist current vaccines. This combined with a virulence factor that leaves about 60% of its victims dead and you can see why. All that is needed now will be for this strain to mutate to the point where it can be transmitted from human to human instead of just bird to bird. A process that previous stains have some to be adept at doing. Truly something for everyone to be a little concerned with as we head in to the 2011-12 winter season. Next weeks post: A(H7N7) - this one infects people, birds, pigs and even horses for God's sake!
Posted by Dan Owen at 11:45 AM