Has the avian flu virus undergone a significant mutation? 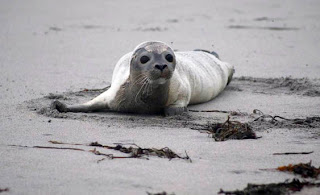 I recently came across an article printed in a paper called the Republic that gave me pause. It concerned the finding of a large number of seal deaths off the coast of New England that researchers now say was due to a flu virus similar to one found in birds but never seen before in seals. The virus identified as Influenza Type A H3N8 lead to a bacterial pneumonia that caused the deaths of the seals. While this virus appears to have low risk for transmission to humans at his time, scientists see this as a troubling event. Hon Ip, head of the Diagnostic Virology Laboratory at the National Wildlife Health Center, said since almost all animal influenzas can be traced back to birds, it's prudent to pay close attention when a previously bird-only virus leaps to a species that is also susceptible to human influenza strains.
Posted by Dan Owen at 4:19 AM