On Global Warming and why we are so screwed! 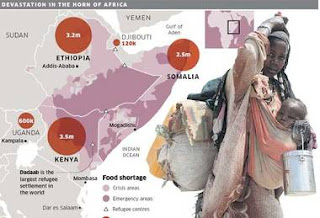 “Global Warming is real! Its here now and its increasing at an alarming rate! The question is does anyone really care?”
I’m not sure where I saw that quote. But, to me it defines the real issue concerning the future of our species. Ask yourself this question. Does the average Joe on the street really care about CO2 emissions? Does he often get into heated conversations concerning methane levels at the office during a break? No, he or she doesn’t and that begs the question. Who really cares? I suppose some could point to their governments. Surely they would care. But, let me ask you this. If you ran a government that overindulged in the consumption of the planets resources, would you want to tell your people to cut back? (Good luck surviving your next election, fixed or otherwise). On the other hand, if you were the leader of an emerging nation that was just beginning to savor the offerings on the technological table what would be your stance? How would you feel about your relatively meager material resource consumption? Entitled I would venture to guess. So there it is. The ‘haves’ want to keep on having and the ‘have-nots’ want their fair share and no one in authority is going to tell them otherwise. Not a story with a happy ending I fear.
The real driving force behind most of the world’s problems is in plain sight for all to see. It’s us. There are simply too many of us running around the planet, consuming, defecating, reproducing and literally making more us’s all the time. Today Mother Earth is supporting about seven billion mouths which need to be fed each and every day. Right this moment, the balancing act to accomplish that feat of engineering is growing precarious to say the least. All that’s missing, for a true global disaster, is for something to go wrong and mass starvation could quickly become a reality. Some trigger to set things on a course to damnation....

Let me see... What could upset the current balance or status quo? Wait a minute! Why yes, climate change could just be that trigger. Even as I write this post, America (a civilization that has it pretty darn good compared to the rest of the world), is facing new challenges to keep just three hundred million fed in a reasonable way. Have ya been to Texas lately? In addition, world wide drought has taken a serious hold in areas that used to be reliable producers of food for the world. No more. Other locals like Mexico and Eastern Africa are in the midst of the worst drought in over sixty years! Millions are starving in Somalia and millions more have picked up their belongings to do the one thing they can do for survival…move!
Make no mistake. I’m as optimistic as the next person and I know my country has a can-do attitude. It’s just that the problems we face are huge and, like the National Debt, aren’t going anywhere soon. If history is any example, it will take a huge disaster to finally get us moving on the right track. Then, just maybe, can-do will become will-do.
Posted by Dan Owen at 11:07 AM