One milk carton too many!

This morning I did what I always do; made breakfast. And while I was making breakfast, I reached into the fridge and grabbed a carton of milk to add to a glass sitting on the counter top. I then moved everything over to a small table leaving the now empty plastic milk carton alone on the counter by the fridge. As I ate, I glanced up and noticed that the carton was still there. ‘Got to throw that away,’ I thought as I worked my way through and egg and toast. Then a strange thought occurred to me. When this carton gets ‘disposed of’ what, I wondered would be its fate? I assumed that for this particular carton, it fate would be to end up in some land fill outside of town. Where is this supposed landfill? Got me! Not a clue. So began my investigation into what happens to the trash I so casually throw away. 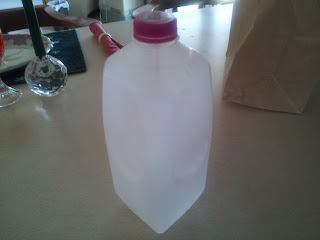 Some time ago, I did a post on just how much and of what kind of kitchen related trash I produced over a week long period of time. At that time, it was about two to three pounds per week. What I neglected to cover, however, is what actually happens to all that waste after it left my house. A call to a local trash collection company (Raintree) answered that question. I talked with a gentleman whose first name was Richard and he filled me in one destination in particular. First off, the trash they and most other companies collect go to the Branson Transfer Station located at 274 Buchanan Road. Their phone number is (417) 336-6589 and it’s best to call ahead to make sure they are open as their hours vary. Next, the waste makes a trip to the landfill located just to the northwest of Springfield, Missouri where it is incorporated in an immense landfill area just off Farm Road 34 north of the intersection of I-44 and Highway 13. 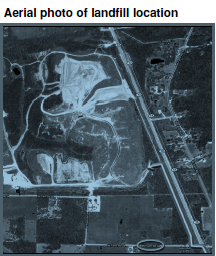 So, that will be the final resting place for this particular plastic jug. As to how long it will sit there before decomposing is open to question. I’ve heard everything from 500 to 1000 to even a million years! Now, if you elect instead to recycle, the time can be shortened down to weeks and months before it comes back to life in some other form! 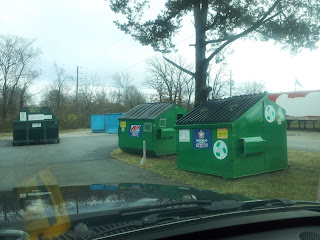 Here in Forsyth, just in back of the City Municipal building (across from National Enzyme) you can leave paper, plastic and cans in designated bins. I've decided to make an effort to also get into the swing and recycle as much as I can.
Posted by Dan Owen at 2:09 PM

Email ThisBlogThis!Share to TwitterShare to FacebookShare to Pinterest
Labels: Danomanno, Forsythkid, Milk cartons, time for a milk carton to degrade