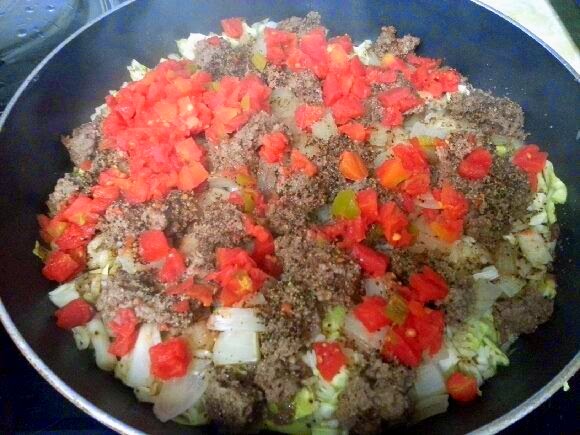 I should have known I'd be in over my head after viewing a post by a FB friend, Brenda Holmes Oliver. But, it looked too good to pass up, so I checked and sure enough, I had all the ingredients to make my own version of a German Skillet Dinner! After all, I figured that since I was part German, it should be a breeze to make! Right?

I started off on what I thought might be the wrong foot by deciding to use a small Le Creuset instead of the regular frying pan that the recipe calls for. Turned out that even when I cut the recipe in half, it fill the pot to almost overflowing. Meine Güte! I also thought it a great idea to use a convection stove top instead of a regular electric range. Another not so good idea. But, I soldiered on anyway, inserted the following ingredients and covered it with a lid: 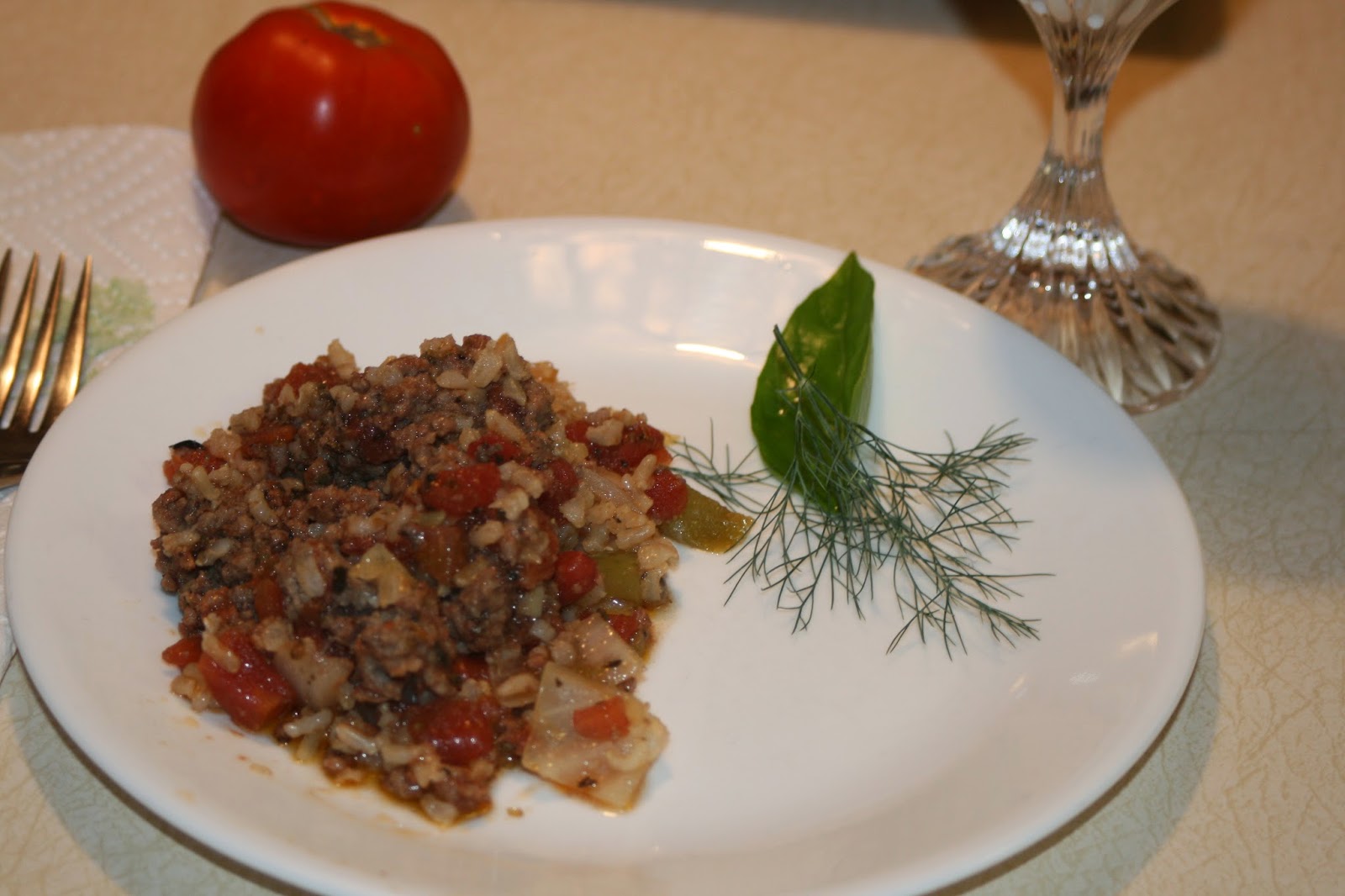 Directions:
At 11:00 AM on that morning I followed the directions for making this dish - 'Melt butter (oil in my case) in skillet (pot), layer cabbage, uncooked rice, onion, raw crumbled hamburger, salt and pepper, then tomatoes. Cover with lid and simmer 25-35 minutes until rice, cabbage and burger are done. Do not stir or lift lid until done'. [Heck, I was peaking all the time].

After the requisite 30 minutes, I ventured a quick peak only to find the hamburger was still pink (as in uncooked)! Apparently I had not mastered the control of the convection stove top! So, I increased the heat and set the timer for another twenty minutes....

As I was waiting, I decided to prep a large skillet with a foil cover, just in case (it's an OCD thing).... The time was 11:30 AM and I figured I still had plenty of time before the noon hour!
Ten minutes later, I glanced over and saw a plume of steam rising from the pot! I went over and decided it might be a good idea to reduce the heat a bit.... It was now over thirty minutes into a cooking cycle that should not have taken longer than thirty five...I began to suspect a true katastrophe was in progress!

By the time that forty minutes had passed, I decided it was time to face the firing squad, as it were, and try a small sample plate. It was almost noon and my stomach was steadily growling. 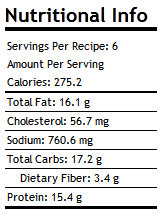 What a very pleasant surprise! This recipe not only came out, it was actually very delicious! I'd give this dish high marks and am now wondering how it would taste over pasta! Cooking time was 40 minutes and I made enough to serve at least 6-8 people!

Note: I used fake salt, so that figure in the nutritional panel would be highly inflated.
Posted by Dan Owen at 11:55 AM