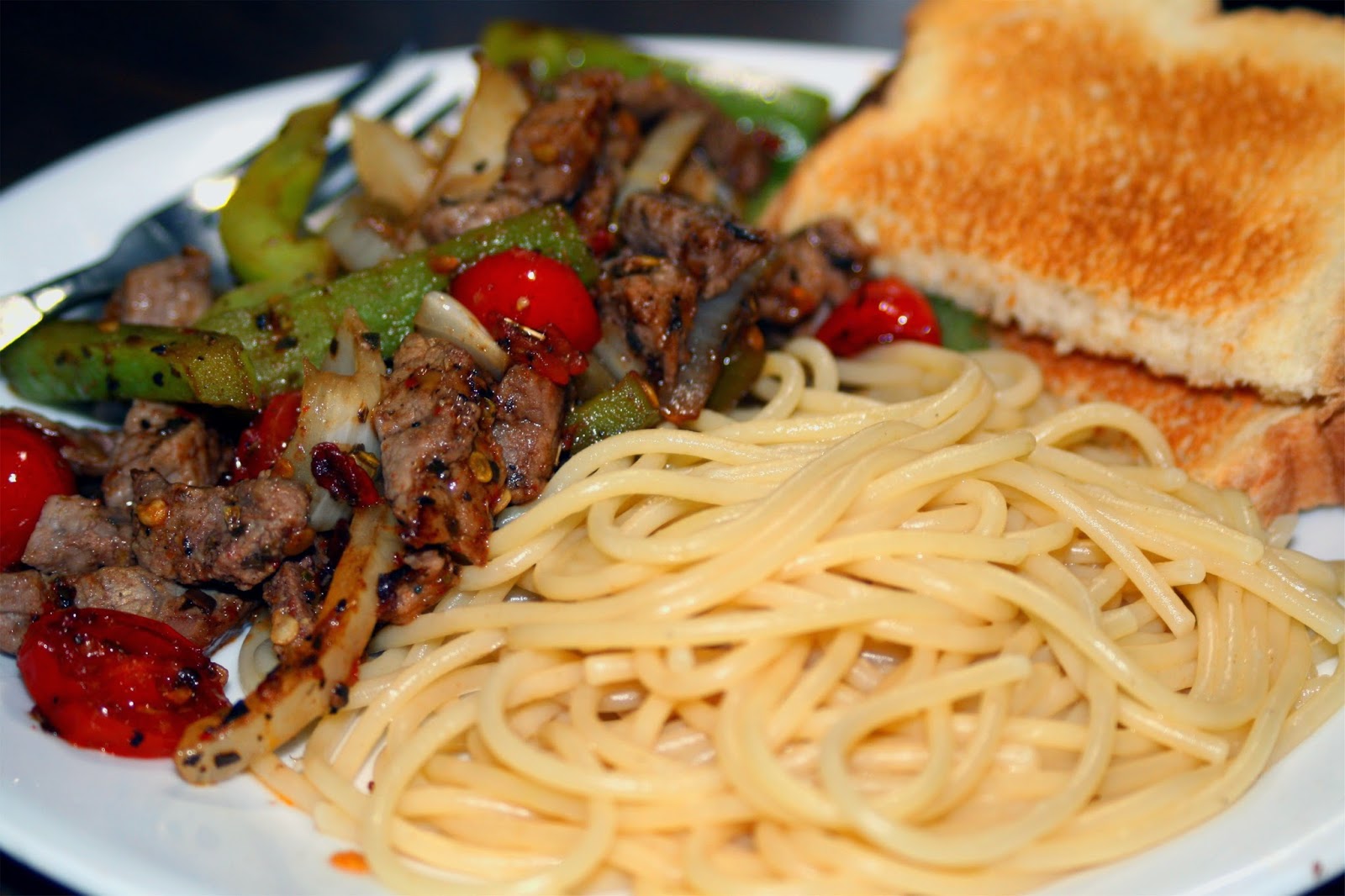 Thanks to some good friends (Nancy and Ron), I was recently the very lucky recipient of a jar of – how can I put it – a distillation of hot pepper mash that was created after they made another, milder formulation. Nancy said 'throw it out'! Ron said 'let's bottle it up and give it to Dan'! I accepted and was now in the possession of culinary dynamite! So, this beef stir fry was going to be a real test of the old taste buds, as it were. Not something for the timid chef to try. 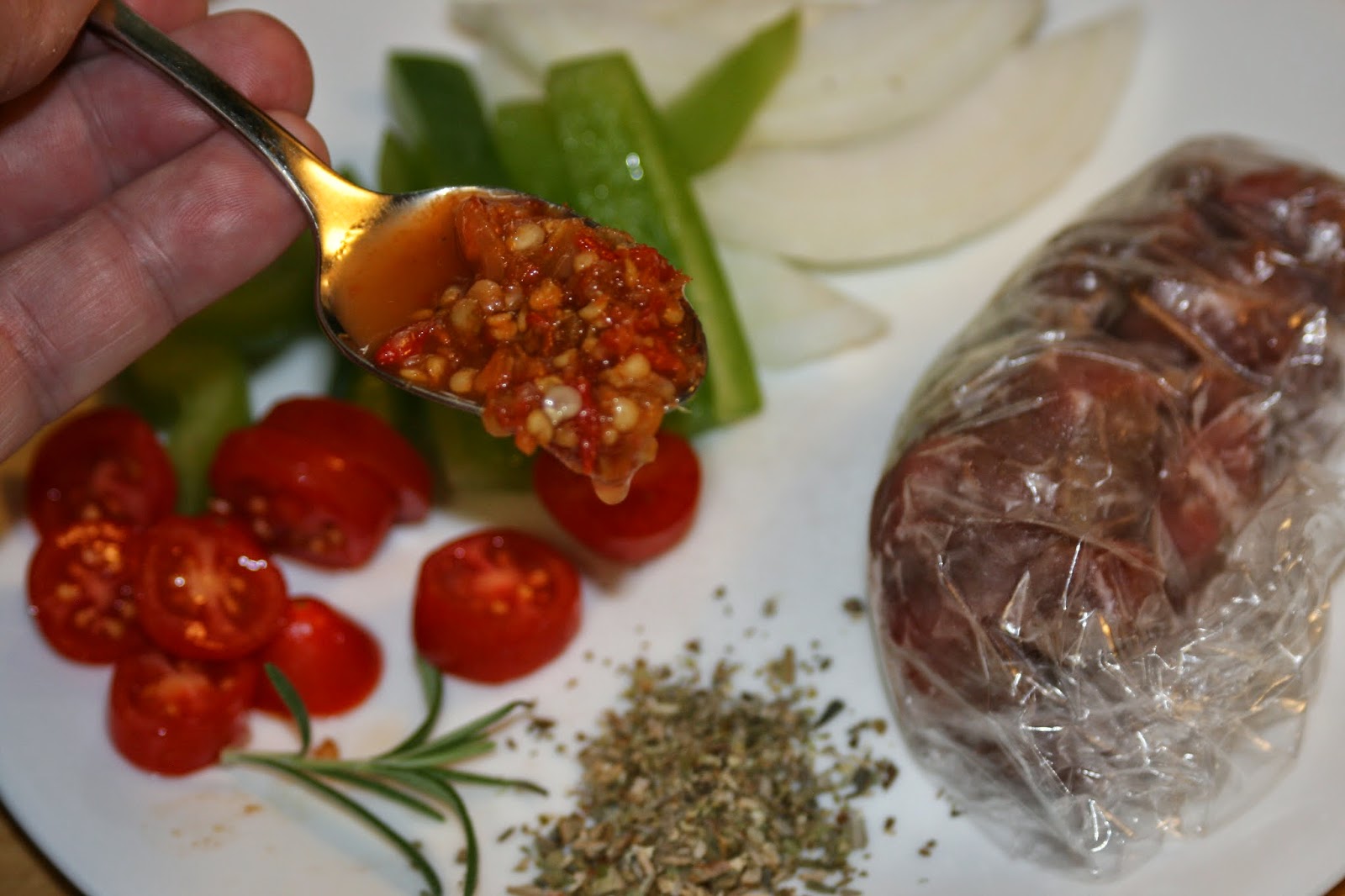 Heat the olive oil over medium heat, then dump everything else into a medium frying pan! Wham-Bam thank you ma'am! Cook for a few minutes, stirring frequently and serve. Serves one!

At a time where steak is getting rather expensive, this stir fry mix is still very affordable. Also, feet free to experiment. For this particular do, I elected to toss in some pineapple chunks! I also prepared a bed of pasta, as I like the mix!

Well, as there were Habanero's were in there somewhere, this was a fairly hot dish, for sure. However, the overall heat of the frying pan definitely did a good jog on reducing the overall hotness and thus brought forth the essence of capsaicin down to a much more modified and enjoyable form. My nose also ran for about ten minutes afterwards. That said, this was a recipe I intend to repeat often!
Posted by Dan Owen at 7:37 AM