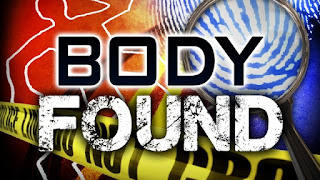 So, here are the facts as I understood them concerning the body that was discovered by a passerby on November 16, 2016:
If I were to read this the way in which it has been presented, I would tend to conclude that some poor individual, most likely a woman, crawled under the old bridge next to Shadowrock Park and then committed suicide by self imposed strangulation sometime in the past, say around Oct 24th when it also just so happened that a young woman name Amanda Hillhouse was also reported missing and who has not been seen since. And, now we are all waiting for dental records to see if that individual was indeed Ms Hillhouse. Hmm. And, it has been reported that 'Ms. Hillhouse was last seen on Oct. 25 at a location within ½ mile from where the body was located.' Quite a coincidence, wouldn't you day?

Finally, this factoid needs to be read again.. 'Investigation at the scene by both the Forsyth Detective, two Taney County Detectives and the Assistant Coroner (who is a retired Detective) all concluded that the incident appears to be non-suspicious and there is no concerns of public endangerment involved with this incident.' Wow! How'd they come up with that little tidbit so quickly?

Other speculation. Were this individual turn out to be Amanda and were she to have expired on or about Nov 24, the temps were warm enough for rapid decomposition (see below).

Well, anyway we still have to wait for a positive ID on the body via a dental comparison with Amanda's dental records, but one could still wonder what would happen if it does indeed turn out to be her? Why that would certainly open up a new can of worms, wouldn't it?

Update: December 4 - Nothing, nada. I assume that the body was identified, but that the person was so unimportant as to not be worthy of media followup....

Update: Body was identified!! What a sad surprise. And the who horrific and terrible event was still classified as a 'not suspicious' death!