H5N6 – An emerging dangerous form of bird flu that is 67% fatal! 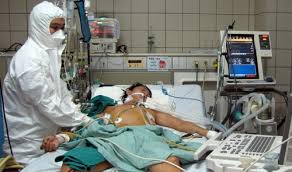 Classified as H5N6 – This genetic re-assortment of the flu virus can cause the infection in both human beings and animals. And, while it is not severe in the avian population, it is when humans catch it.

As already noted, the H5N6 influenza is considered a new emerging infection. This viral disease is caused by influenza virus. It is considered to be a new 'atypical' viral infection. Any new bird flu is of serious concern as it is hard for to manage and control bird migrations. Since the first emerging of bird flu H5N1 in human beings, there are many scientists who currently following this particular strain with concern. The greatest fears surrounds its growing potential to become pandemic!

Most recently, H5N6 has cropped up in South Korea! The situation is so serious that the authorities there are in the process of culling 3% of the total poultry population in an effort to control its spread!

Despite these efforts, Korea's Ministry of Agriculture, Food and Rural Affairs said in a statement on Tuesday that four new cases of infected birds had been confirmed in central South Korea. That brings the total number of infected birds to 13 since H5N6 appeared about two weeks ago, according to the statement. Nine other farm birds are also being tested for suspected infections, it said. To contain the further spread of the virus, the ministry will slaughter at least 2.78 million birds, including the 1.68 million that have already been culled, the ministry said. 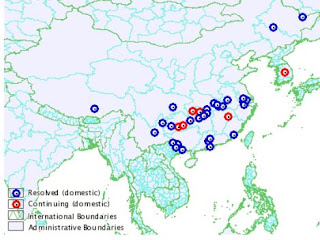 The mortality rate of the infection among humans is 66.7%, which is considerably higher when compared to other new emerging influenza's, and so bears close watching by the World Health Organization. Right now, country's like China are the main focal point of infection. However, it should be noted that birds have a tendency to fly great distances!