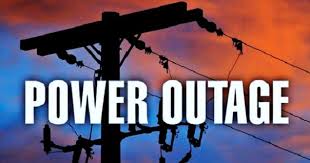 At around 9AM, Empire Electric lost power for a few hours. I remember the event well, because it was just 8 above zero when it happened. My initial calls to them them were meant with a dead line, but eventually I did get through to a 'robot' to log the problem. Swell, I thought! I tried to think warm thoughts as my place grew progressively colder and creaked like an old radiator that had stopped working. Fortunately, the problems lasted just a few hours.

Next, at around 10 AM, my cable (a lot of people's cable?) stopped working and once again I got a robotic message when I called, that the area was 'experiencing a high call volume'. I bet they were. That service continued to be out for the next 7 plus hours until, finally, by 6 o'clock, it was restored. I can only imagine what that was like for parents with kids who had nothing to watch on TV or do on the Net – must have been a fun situation.

Really Empire? I've got to wonder what exactly is the problem here? Is it outdated and or poorly maintained equipment? Perhaps it's poor upper management or maybe it's a combination sort of thing. A synergistic CF of the inept...?? It would be great if you would issue a public statement each time something like this happens....A reported 3000 customer were affected by this event!

And, so, we're off to begin a new year with two major services looking just a bit sad....

An aside: Were I to post what I really felt about this Canadian owned company, I'd be using words like crud, antiquated and anal retentive. I trust their ability to deliver consistent and reliable power to my personal adobe about as much as I could kick a box full of anvils. I've been with them for two decades and they perform well if the weather is complacent. However, come any sort of storm or really bad weather and they fold like a cheap tent in a high wind. And, I think they have the ability to sell this critical infrastructure off to another foreign interest... I wonder who that could be?