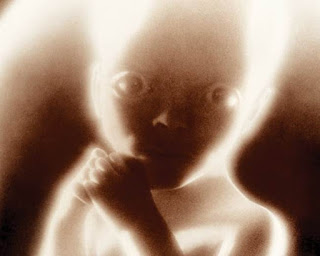 At some point in my early existence, say late 1949, I was just a fertilized zygote, then I was an embryo and over a period of time - I was a fetus growing in a female's womb over a period of about nine month's time. A story that has been told billions of times. A story being told to this very day... The truth is, we all have arrived here on this earth via the same birthing process and the same exact female birth canal!

What I struggle with is, some young children are born into wealth, some into so-so circumstances and way too many find themselves thrust into a 'live and then die early' existence from day one! Seven billion plus walk our tiny ball of granite on this day in early 2018. Not counting trillions of fellow 'biotics' that have also experience a birthing process - protozoa, bacteria, insects and all the other phylla of the family of life tree, which all battle for their existence daily.

Of all these creations, and over eons of time, there does exist a special evolved class - homo sapiens - A species whose major claim to fame is something called 'self awareness'. (How we all got to this higher state of awareness is a question best left for others more wise than me). The reality is, each of living person who reads this post this day, has won a kind of special lottery - (or else we'd never have made it down that canal in the first place).

So, generation after generation, we do stand bravely (or in cowardly manner) before the light that is our Creator. A Deity who had issued mankind only one dictum according to many scholars ... 'Go forth and choose that which is good or that which you know is bad, then suffer the consequences of wither choice! Each, and everyone of us, make that call each day. We do walk this earth a supreme beings and do exercise dominion over all those species around us which are weaker, slower or more basic than we are. Each and everyone of YOU seeing this post this day were His best thought. A true image of goodness made to spread and to prosper and to protect a cold Universe. Each fetus, a product of evolution made in His image. A 'sdsef' image who each shall then move forward as immortals (in training). Learning, along the way, that the larger we become in terms of wielding power, the more that we become a humble servant of the very smallest and weakest around us. Men and women all, who should they past that Test, may then go forth to ever new and more exciting challenges after passing from this existence...'