I feel the California Fitted Sheet law is needed Nationwide 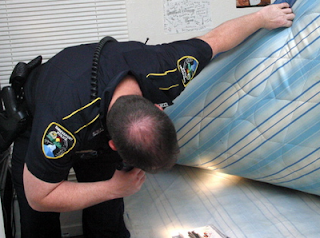 California has shown its leadership ability once more in crafting a new law that will make it illegal for hotels to use flat sheets on their beds. a law that, if passed,  will saddle the already hurting hotel industry with an additional $30 million in added costs.
The fitted-sheet bill is the brainchild of State Senator Kevin De Leon (a Democrat from Los Angeles), whose mother suffered back pains while working as a hotel maid. (I am so not making this up)! Kevin has been quoted as saying this was “an issue close to my heart.” It is also a bill that has the support of Big Labor. Sen. De Leon’s bill passed through the State Senate in June, but not before some spirited debate, including a statement from one of the two dissenters, State Senator Sam Blakeslee; “We are now going to make it a crime in California not to use a fitted sheet?” Really? Yes, really. And about time too. The fitted sheet law will be a great boon to local labor unions and may soon require local police departments to hire additional personnel known as ‘mattress cops’ to police the thousands and thousand of hotels across the state. Hey! Great use of manpower you Dimocrats!

California, which is now only $26 billion in debt, is not worried about the added costs as they are confident the American People will bail them out as needed. There are even rumors (started by moi) that this law may be taken up by the White House as a way to further ‘stimulate the economy’! When asked about the exciting prospect of creating new union companies to produce bed sheets on such a level, one Washington insider was quick to point out that no, most of the sheets would be made in China not the US. Well, hang it all! Anyway, be sure to send Senator De Leon a note telling him what a swell job he and the Democrats are doing.
Posted by Dan Owen at 3:55 PM