Quakes that appear minor, yet are still interesting! 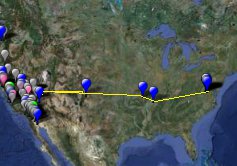 Anytime I observe an earthquake that affects the middle area of the United States, I take notice. Here on August the 29th we have a series of small ones that form a pretty straight line right across the continent. Does that mean anything? I don’t know. But, from my readings on plate movements over the years, I do know that sometimes even little things can be the harbinger of bigger things to come. This may be especially true after seismologists recorded unusual movements of the earths crust in both southern Colorado and Virginia just last week. and here is another map of the US taken on the 31st of August. A similar pattern? 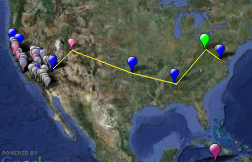 Email ThisBlogThis!Share to TwitterShare to FacebookShare to Pinterest
Labels: Danomanno, Earthquakes, Earthquakes across the middle of America, Forsythkid