The insidious, pandering media & its deleterious effect on the political process! 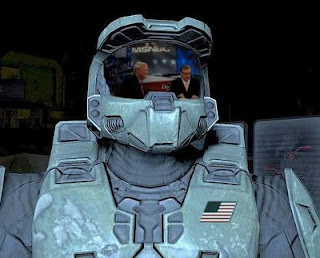 Long title that! Pardon my wording, but still somewhat appropriée in light of the way Americans are now beginning to judge some of the media outlets for what they really are! Paid off, outside-directed organizations that have long since given up the concept of ‘fair reporting’ for the much more profitable venue of slanting the truth for a few extra bucks and loads of power! Long sentence that! Again, my pardons.

I strongly believe that well informed citizens are rarely, if ever, swayed by what passes for news these days. Perhaps the intelligentsia watch these channels nightly and chuckle at the absurdity of it all. I don’t know. My concern, is for the rest of the people who watch the boob-tube as though it were a God. Well meaning people from all walks and social strata that take in what they see on CNN, ABC, NBC and Fox as the gospel truth. Not for the claptrap much of it really is. I ask you, can slanted or misdirected coverage really be called reporting? No, I contend it’s nothing more than entertainment for the masses; full of shock and awe with perhaps a hidden message buried deep within. Do our nation’s unemployed, retired, sick and poor actually grasp such a concept? Not likely! I think many are scared, most of the time, and maybe that’s just what these moguls of TV Land want them to be. Scared masses, hooked at the wallet to the Nanny State and ready to listen to anyone who promises the continuance of same! And what of those who would change this current state of affairs?

In the meat grinder that has become national politics; some candidates with sterling principles and ideas like Pawlenty, Bachmann, Cain and Paul find themselves disadvantaged right from the start. Unable to buy their way in to the ‘Good Old Boy Club’, they strive to make their message heard as best they can. Often, this happens at great personal cost; when and if the powers-that-be allow them the privilege. (I give you the Iowa Straw Vote). The end result is very predictable. Not desiring to kowtow and subjugate themselves to special interests, these candidates quickly find themselves on the slippery slope towards M.I.O. or media-induced oblivion. Poof, Pawlenty is gone. What we are left with, are candidates who are supported by the ‘powers that hide in the shadows’; special interest groups who work agendas that may or may not express the will of the people. Mitt Romney and Rick Perry? Give me a break!

Is Mitt Romney, in any shape or form, a conservative or is he perhaps a liberal in conservative clothing? Was not his crowning achievement during the Romney years in Massachusetts his push and passage of health care reform which has been tagged Romneycare after the passage of Obamacare on the national level? And, is this the best that the GOP can do? As for Rick Perry; was he not a Democrat, years before suddenly becoming a Republican? Must be nice to switch your stripes at will! And these are the front runners? Wake up America…get involved, get vocal, use common sense and then go vote your hearts in 2012!

Disclaimer: All the content of this blog entry is the express and sole opinion of the author of Forsythkid. It is intended for educational purposes as part of the discourse of a healthy nation.
Posted by Dan Owen at 9:56 AM