Is this where America is going? Diane Tran jailed? 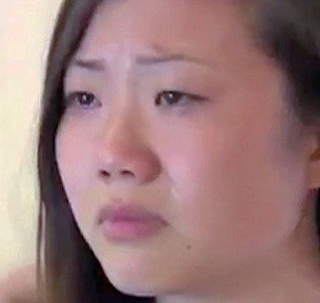 A Louisiana group has raised more than $70,000 for a 17-year-old Texas honor student jailed for missing too much school because she worked two jobs to support her siblings.

Diane Tran, an 11th-grade honor student at Willis High School near Houston, was sent to jail for 24 hours last week by Judge Lanny Moriarty and ordered to pay a $100 fine for excessive truancy.

Are things now spinning out of control? This by Thomas Jefferson so long ago:

"Governments are instituted among Men, deriving their Powers
from the Consent of the Governed, that whenever any Form of
Government becomes destructive of these Ends, it is the Right
of the People to alter or to abolish it, and to institute a
New Government....it is their Right, it is their Duty, to
throw off such Government, and to provide new Guards? for
their future Security."

To this, I say...
"The very truest test of this still young Republic, which is so fragile and easily broken,
will be forever the stout men and women of these United States who have the will,
the vision and the desire to protect this Union even unto death.
No matter who or whatever power would seek other ends!
So help us God Almighty.
In Your Name, Amen"
DWO 2012
Read more: http://www.foxnews.com/us/2012/05/30/group-raises-more-than-70g-for-texas-honor-student-jailed-for-truancy/?test=latestnews#ixzz1wOd6tvv8
Posted by Dan Owen at 5:56 PM