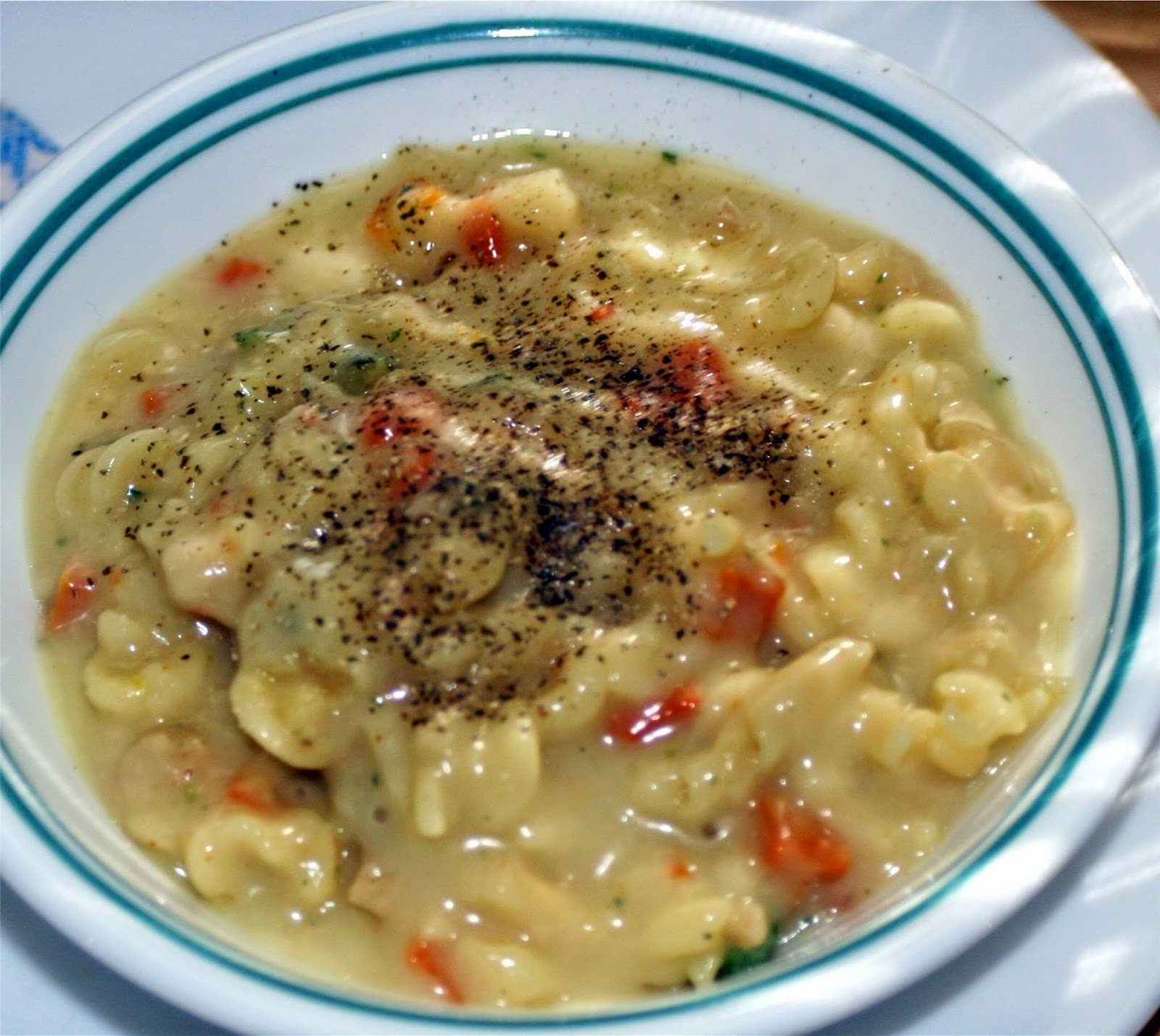 A company known as Wise Company offers a wide selection of freeze dried meals, some of which, they state can be stored for 25 years! This boast has been contested by some other companies, notably the Oregon Freeze Dry in an article published by Denis Korn, also a noted survivalist. Wise is located at 3676 California Avenue, B100 Salt Lake City, UT 84104 and can be reached by calling 1-800-393-2570. This so-called survival food is being purchased more and more often as families prepare for hard(er) times.. imagined or real.

The package I rec'd, as a free sample, arrived in a white foil package that had 51 grams of product inside. In addition to the food, an oxygen absorber packet was present that needs to be removed prior to preparing the 200 calorie meal. Most of their offering comes in plastic buckets with the 'one month' bucket costing about $112 for 112 servings. That's about a buck a serving for those who are poor at math...

The directions were pretty basic, just boil a cup of water in a small pot, add the product to the boiling water, stir, turn off the heat, cover and let stand for about 13 minutes (stirring occasionally). Uncover, let it cool a bit and then eat! Nothing very dramatic and most of their other offerings follow the same path, one would assume. So, let's say I was to also prepare the BBQ Beans which come in at 210 calories – that would make my lunch a 410 calorie deal that cost about $2. Really, not all that bad a deal. And if all I had to eat came from that one bucket and assuming I had water and a source of heat, I'd be sitting pretty until about the thirtieth day. Maybe, I should have considered the two month supply...

As I poured the mixture into boiling water, it assumed the appearance of oatmeal with chunks! I set a time for 12 minutes and then dutifully stirred every 4 minutes.  You can see the progression at right. Towards to end of the prep time, this meal did firm up a bit, but to me the end result was disappointing. The over all feel was 'gummy' and for some reason, it had a hot spicy taste! So, no I didn't finish it, and instead waited to see if it would dry into something that could be possibly used as a cement..... Not a very good start to be sure.

My advice for the average family of four would be to purchase enough to cover everyone for up to two months, but shop around and do your research first. (Remember that in a survival situation, you are merely trying to get from one day to the next - the food doesn't have to taste gourmet)! That amount would see you through most disaster scenarios. A good article to read is 25 Must Have Survival Foods!

Note that in the event of something really major like an asteroid impact or an all out nuclear war, I'd think you'd not have to worry as much about food stores since your life expediency would be both likely brutal and short!
Posted by Dan Owen at 10:01 AM