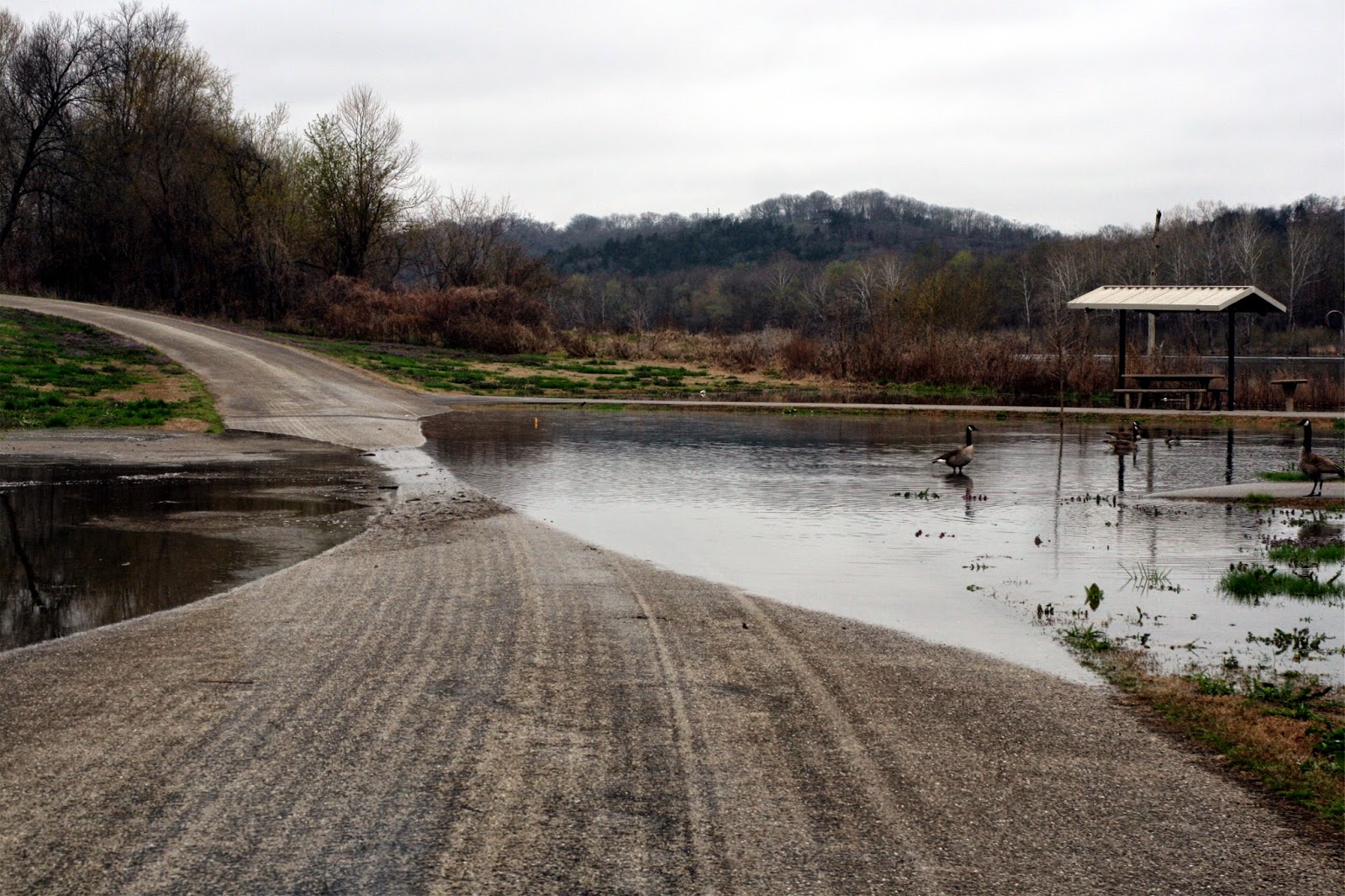 Forsyth MO. - Early spring rains that swept through southwestern Missouri have 'supposedly' added much depth to the chain of Lakes which include; Beaver Lake, Table Rock, Taneycomo and Bull Shoals. As of the morning of April 6, 2015 - the lake near where I live, Bull Shoals, was at 666.69 feet above mean sea level. At that height, lake water had begun to encroach on the River Run Park camping area and was filling in low lying depressions. And, while the Park is still currently open, there are growing concerns that more storms arriving late in the week could drop enough water over the area to flood it. Thankfully, a twin Park known as Shadowrock lying on the opposite bank is somewhat geographically higher up and so is not threatened at this time. 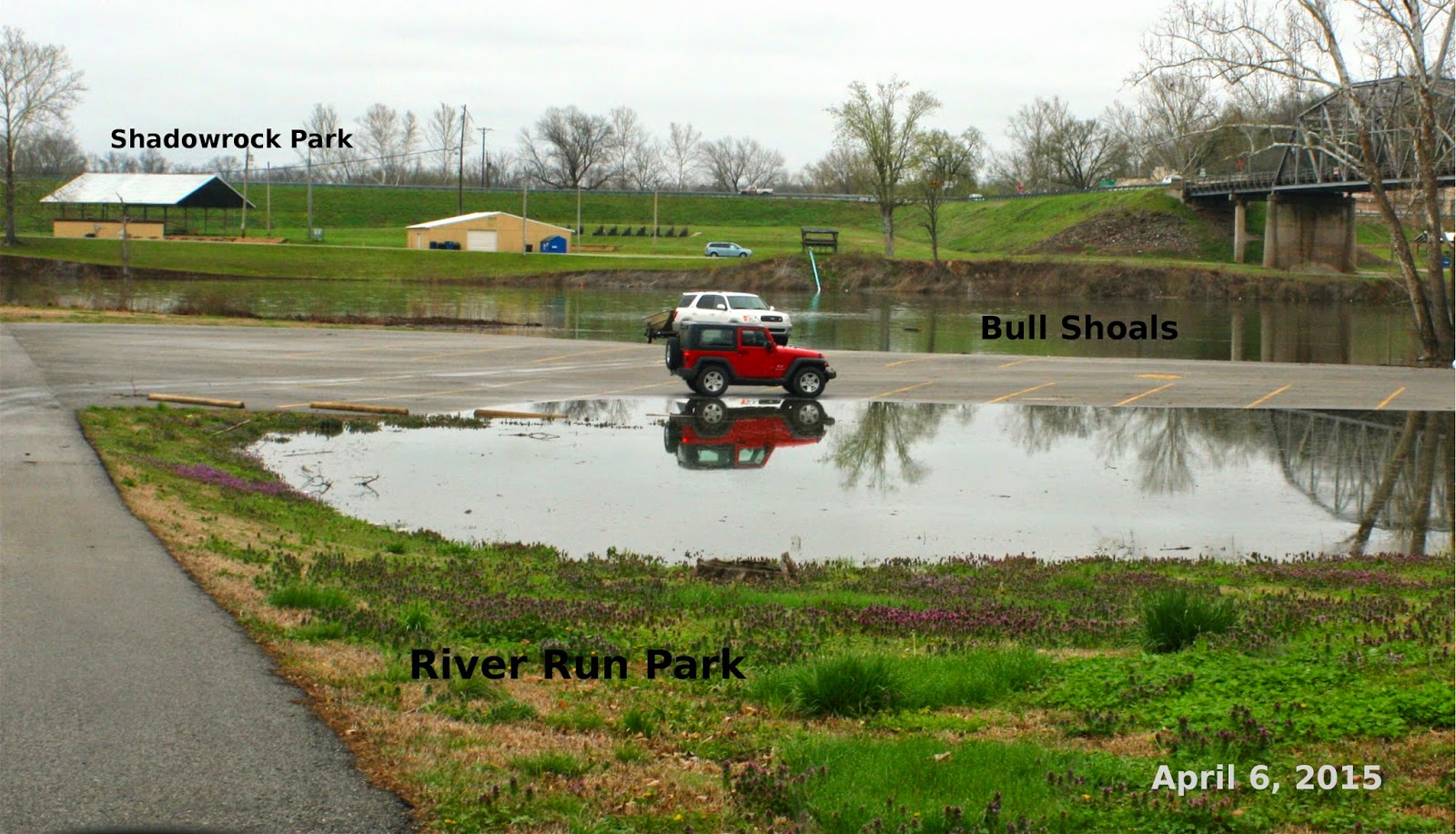 At left, is a view of the boat launch which is still barely useable. The bridge that connects Hwy 160-76 is visible at the upper right of the frame.

A mystery: Earlier, I used the word 'supposedly'. Here's the deal. The apparent large rises in water levels are not really supported by the average to below average rainfall we've had in 2014 and early 2015. In 2014, we were about 10 inches below normal. In 2015, through March, about even. Could it be that the Arkansas dam, at the terminus of this water way, has been holding back water for its own nefarious purposes? Is there a developing story here? 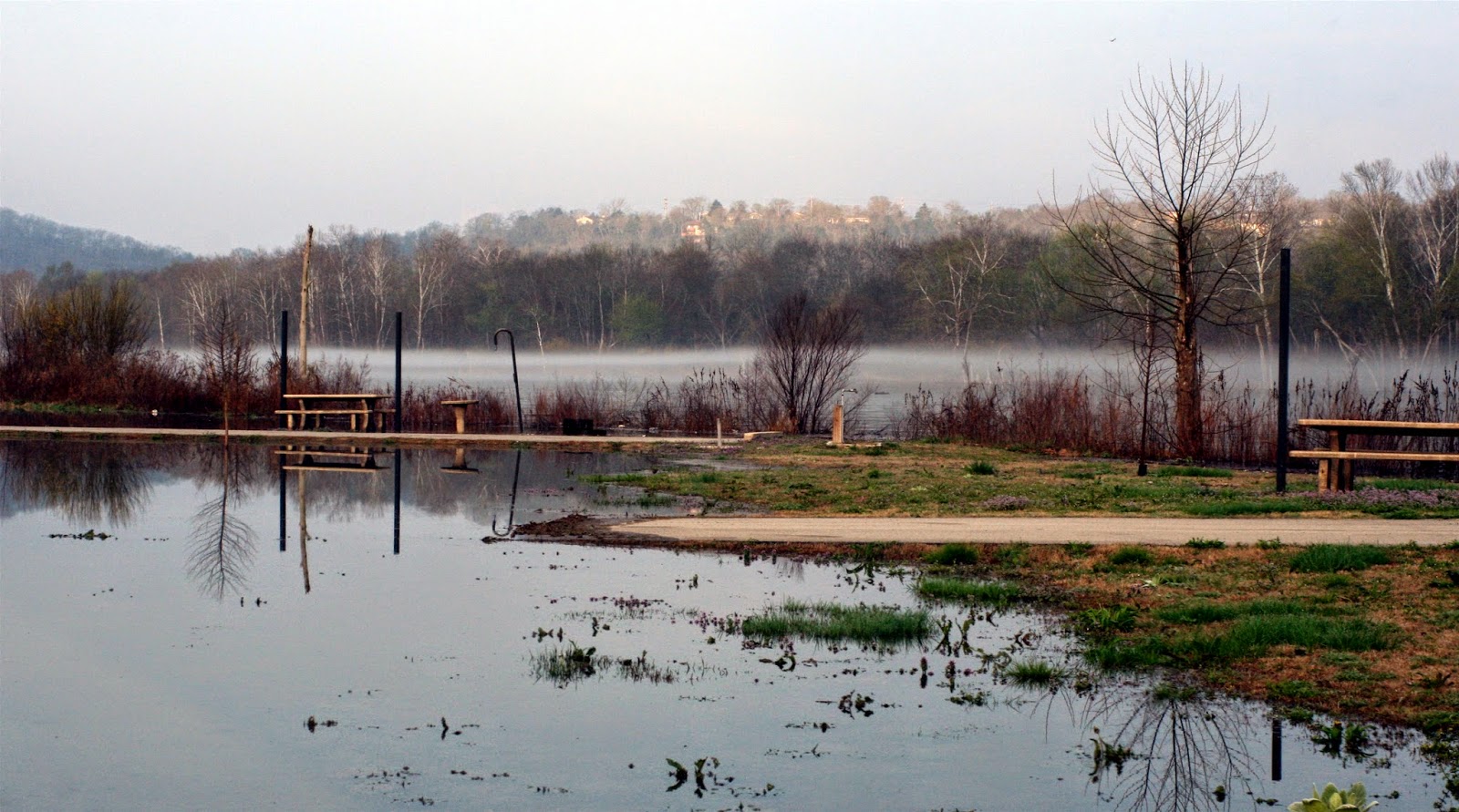 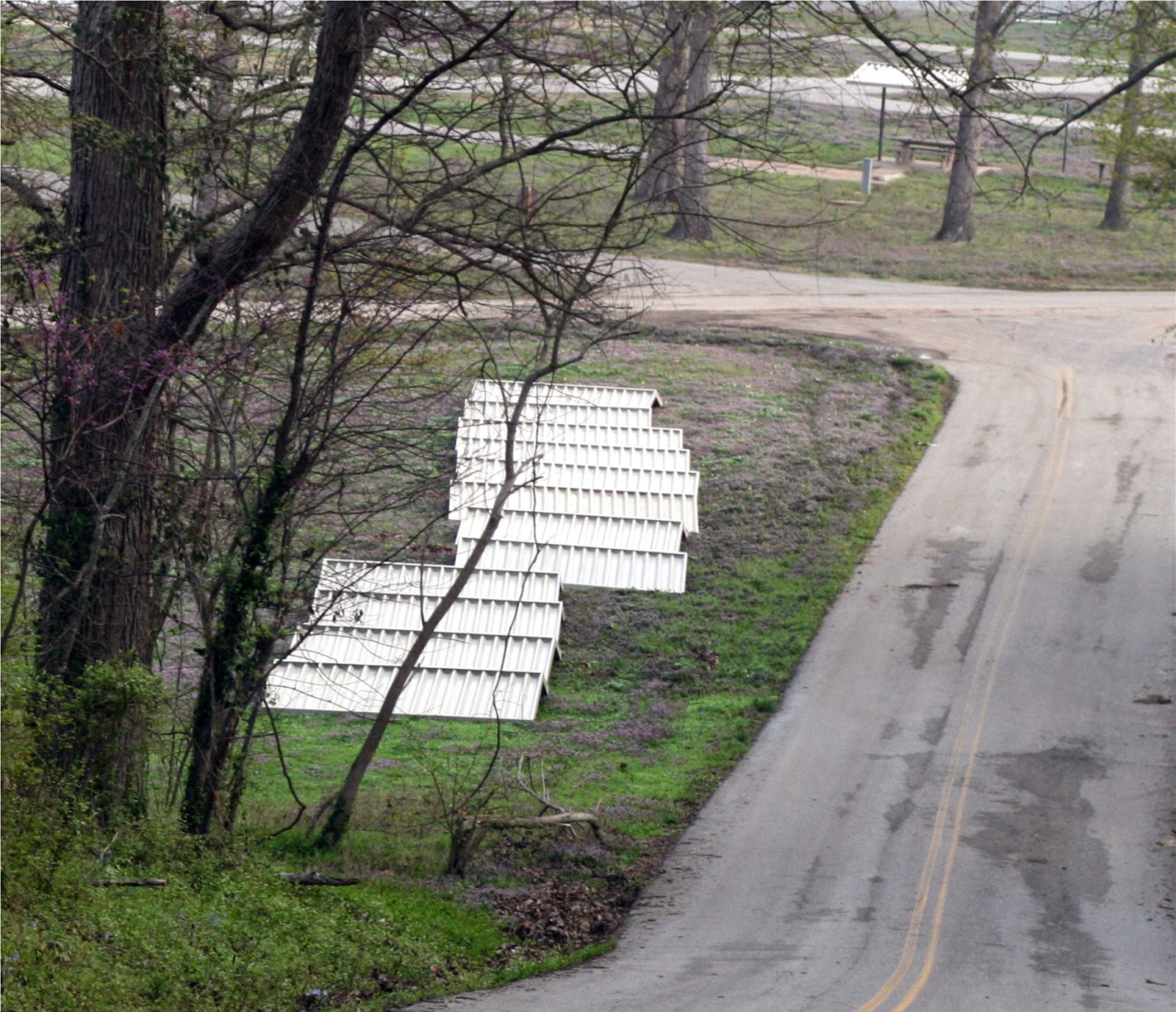 April 7 Update: The lake level continues an upwards creep then at 666.99 feet above seal level, (a trend that could bode ill should the predicted storms mid week prove correct). As I did an 8AM drive through of the Park, I noticed that the Corps of Engineers had removed all the site canopies that were located along the lake. So, about half the sites are not going to be used at least for the spring and summer season. That leaves about twenty sites that could still be used. Lastly, below is a graphical representation of actual rainfall amounts collected at a site that is within a quarter mile of River Run Park. The numbers in the panel are a little misleading since the April figure for the average is for an entire month, while the one for Forsyth is the amount rec'd as of the 6th. That said, the overall picture seems to represent a pretty average start to the year. so why the flooding? Or as one of my friends put it, 'Where did that extra ten feet of water come from?'

Update: April 10 - At this time the water level is receding. Abet, at a slow rate. The next storm system is some time off ( a week?) so it will be interesting to see just how fast that dam on the Arkansas border releases the water...

April 11 Update: Like some SciFi movie, the Bull Shoals lake level continues to rise even though little rain has fallen in SWMO this month!This morning at 6AM, it was at 667.17 feet msl. 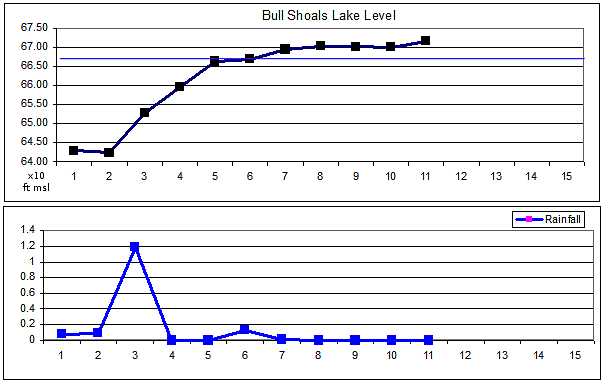