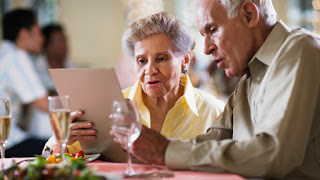 Forsyth MO - It's no real secret that attendance figures are a little down for many area eateries as the economy continues to spit and sputter along. That and the fact that social security income continues to lag behind inflation has had a negative impact on how us old folks spread their meager incomes around. As a group seniors have always been a 'filler crowd' for restaurants as they will often show up during the slack times for a late brunch or early dinner. But, that trend has been waning somewhat, as menu prices climb while there has been little or no cost of living increases coming via the Feds. 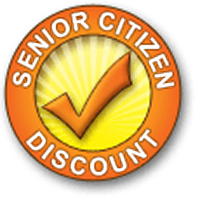 So, what to do? Well here's on suggestion for all the area restaurants to consider. Give the oldie moldies a break by discounting meals on the days you owners find that you lack any customers at all! Be the first food emporium, on your block, to cut them a deal and enjoy the bennies right up to the time that your competition gets wind of what you're doing. Done properly as a marketing tool, profit margins will not shrink but rather expand under the burden of increased traffic, on days where there was little or none before. And note, that should you elect to do this, make darn sure your clientele are properly informed! Ads in local papers, store front banners and the Internet should all be used to the fullest extent. (Since you all have been collecting email addresses for some time, use those to target specific audiences.... uh, you have been collecting emails, right)? Seriously, being creatively proactive is not a bad thing.... On  a final note. For those Seniors who can afford it, and in those restaurants that may offer up a discount...please consider giving that extra amount of money to your server!

Since posting this piece, all I've heard is the sound of crickets....My response has been to curtail my visits to local eateries to a high degree. I would encourage others to also do so.

Update: December 2016 -  Zero participation by any area eatery that I was aware of. And, so my participation at eating in those venues was also zero.

Update: June 2017 - Things are changing. Discounts at one local eater may be announced soon.

Update: June 13, 2017 - Charlie's Steak, Ribs and Ale was now offering a Veteran discount for meals of 10%. I also understood that the same discount was being offered to seniors on Mondays!
Posted by Dan Owen at 9:07 AM