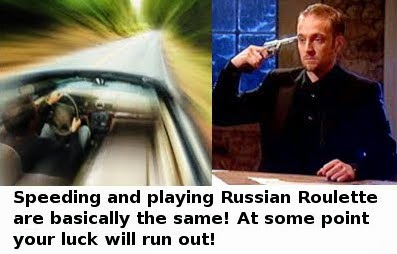 Way back in 1885, Karl Friedrich Benz revealed the first gasoline-powered automobile on the public street system. The fastest his car could go was a paltry 13 mph. Since that time, advances in science and technology have brought faster vehicles and better roads, both of which have served to increase travel speeds for automotive travel. Today, attainable speeds are far higher than the maximum speeds that society generally accepts as reasonable for motorized travel on public streets, yet the speedometers on most motor vehicles display maximum speeds that far exceed the maximum legal speed limits on most roads. For the more simple minded among us, this can be very confusing.

Speeding, commonly defined as exceeding the posted speed limit or driving too fast for conditions, is a primary crash causation factor. Based on a survey of road safety performance, speeding is the number one road safety problem in the US, often contributing to as many as one-third of fatal crashes and serving as an aggravating factor in most crashes. According to the National Highway Traffic Safety Administration (NHTSA), speeding-related crashes account for over 13,000 fatalities per year in the United States, making speeding one of the most often-cited contributing factors for fatal crashes.

It very true that selecting an appropriate speed limit for a specific area can be a very polarizing issue for a community. Residents and vulnerable road users generally seek lower speeds to promote quality of life for the community and increased security for pedestrians and cyclists; motorists seek higher speeds that minimize travel time. Despite the controversy surrounding maximum speed limits, it is clear that the overall goal of setting the speed limit is almost always to increase safety within the context of retaining reasonable mobility.

In Valley View Village, a small community of about 100 homes located near Forsyth Missouri, a careful and concise study done years before determined that a speed limit of 15 mph was appropriate. This finding was based on the type of streets, their average length and the fact of the presence of 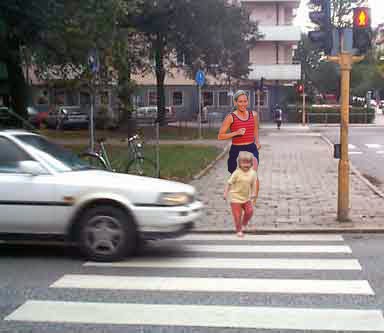 children at many times of the day. Now, many years later, the same conditions remain and so the speed limit imposed seems reasonable. Yet, there is a small faction living there that cannot seem to drive at or below the posted limits. Perhaps they don't clearly understand or maybe have not thought through the consequences of their actions. A small child, for instance, running out into a street from behind a parked car gives a driver very little notice. At 30 mph, they have exactly one half the reaction time that would have been available had they been going 15 mph (at the posted limit). And if they also happen to be sipping coffee while talking on their cell phone (as I have witnessed), well I think the reaction time could get close to zero! And then, SMACK – YOUR DEAD!

Supposing that they did hit and kill a child, then many world's will come to an abrupt halt! The child will be dead, the parents forever grief-stricken and the hapless driver will be facing a boatload of charges – (very expensive charges I might add), not to mention the stigma that would then forever be attached to them as a person who committed manslaughter. They will certainly also have plenty of nights ponder that horrible day over the coming years....

Everyone please, the next time you get into your vehicle, remember that it is a very efficient killing machine and treat it accordingly. When you drive, make sure that's all you are doing. No cell phone use, no food and no idle chatter with a passenger. Just keep your eyes on the road, concentrate,  drive at or under the speed limit and expect the unexpected to happen at any moment. Do those simple things and maybe, just maybe you'll  get to where you're going, safely!
Posted by Dan Owen at 12:12 PM

Email ThisBlogThis!Share to TwitterShare to FacebookShare to Pinterest
Labels: editoral, Forsythkid, Speeding and those darn signs