The surprising cost of a good T-Bone steak on Memorial Day 2014! 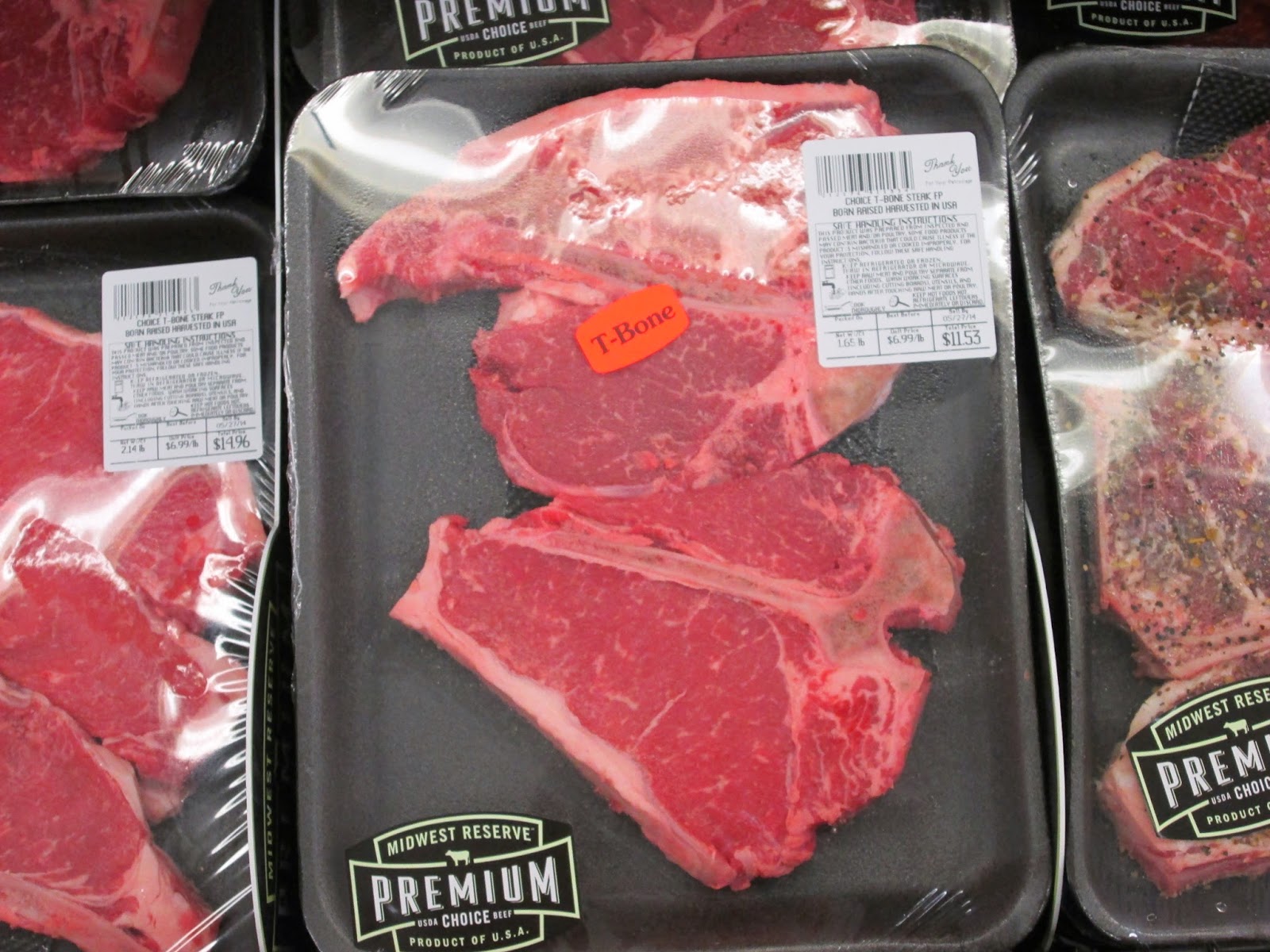 Out of curiosity, I stopped at a local grocery store situated near Forsyth Missouri to find out what a traditional T-Bone steak would cost me on Memorial Day 2014. (In my very limited view, the only real grilling steak out there is the T-Bone! It's thick and juicy and handles the high temperatures found in many grills really well)! I'd heard some stories circulating around that meat was getting a bit expensive at some locations across the nation. (Could that be true even in the heartland of America)? I remember that back in 2013, a T-bone cost in the neighborhood of $11 a pound (in the Midwest). This year they were running on special at $6.99 a pound as you can see. This was at the Country Mart 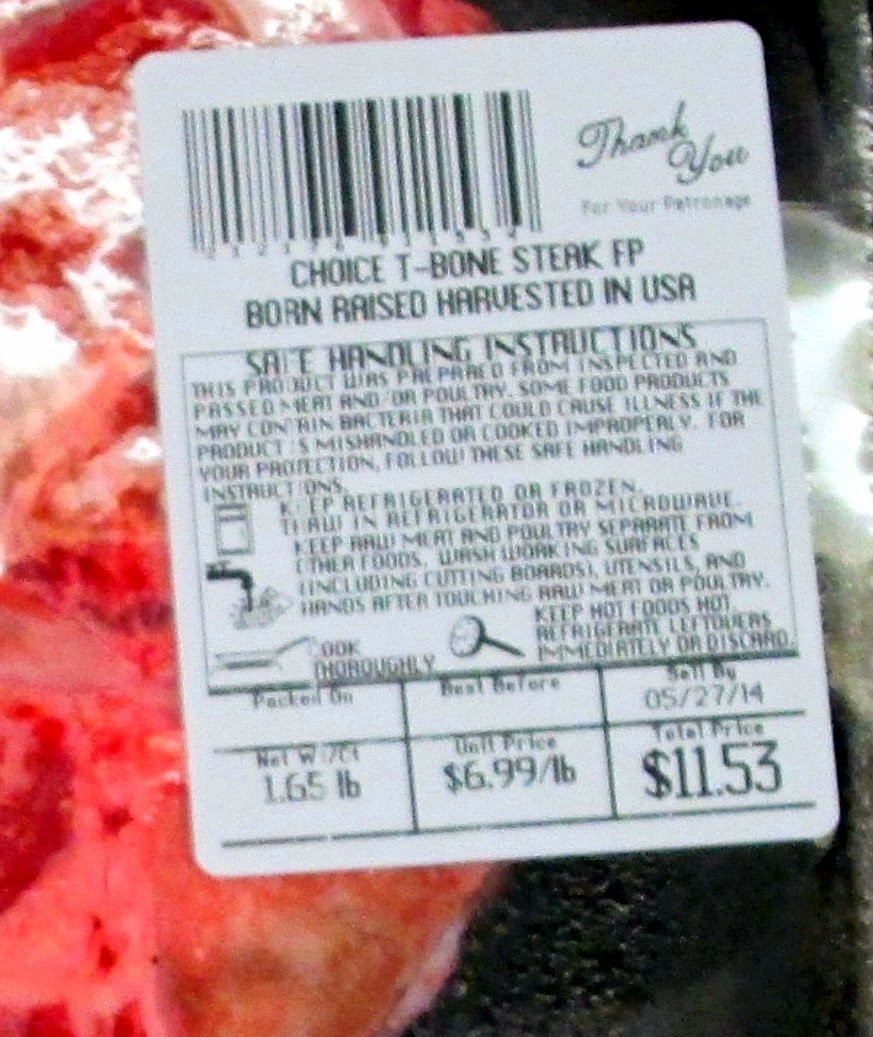 grocery near my home and even though the steaks are on the thin side – this is an excellent deal!

Historical Notes: By the way, back in 1970, a select T-Bone steak could be had for just $1.28 a pound! With a 17+ trillion dollar debt that's scheduled to hit 20 trillion in a few years, I seriously doubt if that kind of price will ever again be seen. We seem to be headed, in rather rapid fashion to a fate similar to that of the Weimar Republic!
Posted by Dan Owen at 12:43 PM