Is it becoming more and more Helter Skelter out there? Can you feel it? 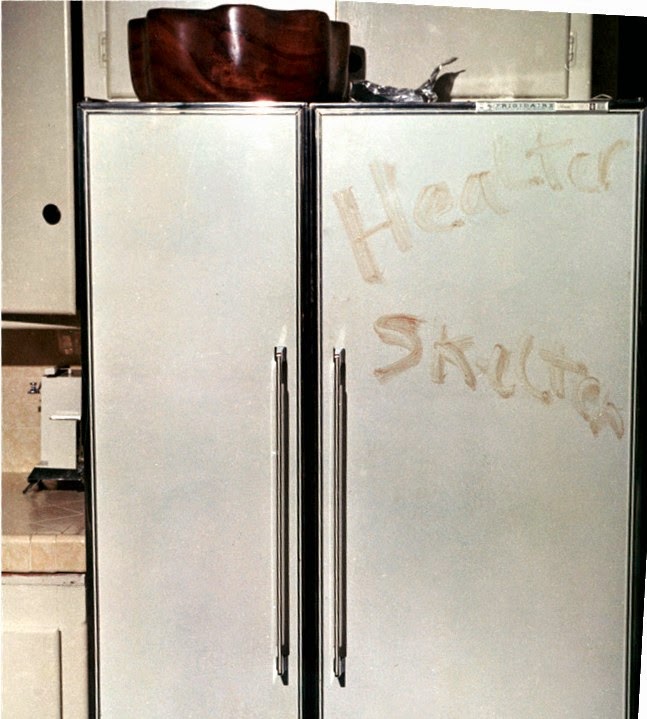 Back in November of 1968, the Beatles released a ninth album called 'The Beatles', but which many knew as the White Album. In it was a sound titled Helter Skelter that was made infamous by the crazed antics of a man by the name of Charles Manson. In August of that same year, two sets of murders occurred and it was in the Labianca home that one of the killers mis-wrote the words "Healter [sic] Skelter" on a refrigerator in that home. Fortunately, the vision of social chaos that Charlie Manson envisioned never came to pass.... that was then.

Fast forward a few decades to the here and now and what do we see? Racists and racism is very much alive and well, perhaps even thriving. Muslim extremists, for instance, would love to perform a little bit of Helter Skelter on the Christians among us and, on occasion, they have succeeded. The Media no longer seeks out and reports the truth, they report their version of the truth. Don't like what you hearing on one channel, merely change it to another for a different version of reality. Even our own President has been caught in repeated lies, half truths and deceptions that seem to grow almost daily in number. 'If you like your plan, you can keep your plan period.' Oh really? More White House scandals anyone? We're at 24 and counting!

The truth be told, America is now edging more closer to a major societal breakup, than it has at anytime in our history, in my opinion. Even the horrors of the Civil War may pale in comparison to the road we seem to now be on. After all, a country that loses it's connection with God is a truly lost country. A country that tolerates homosexuality is aberrant. A country that turns its back on its allies is not trustworthy any longer. A country that is run 'on the fly' by a delusional leader (Obama) and a left sided Congress is a country getting ready to fly apart!

Here's a forecast you all - Over the next several months, June thru Sept - the stock market will tank horribly. The Fed will then attempt to increase the printing off more money to offset a capsizing ship of state, something they've already been doing for six years! Stagflation will quickly follow on the heals.... and then my friends....
Posted by Dan Owen at 8:29 AM