On shrinking budgets and cheap wine! 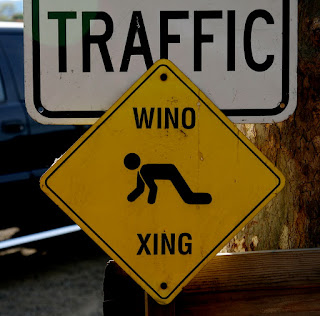 Recently, I began to get a serious budget together. A painful process. As I'm on a fixed income, I spent most of the time trying to figure out how to stretch what amounts to an unlivable income. The only shining light in early 2016 has been the shrinking cost of gasoline, something I fear is being corrected by the Obama administration even as I write.

After carefully going over my fixed expenses; mortgage, utilities, insurance, etc. I came to quickly focus on two areas of my life that needed to be drastically cut back. One of these was my credit card spending. Thankfully, I had a zero balances and so was able to simply turn off that spigot. [Somewhere in the distance a bell tolled as I knew I would have to start making do with what possessions I had around me].

The other area of 'manageable' expenses items was my grocery list. Apparently I was living too well, at least as far as eating went. That, I discovered much to my dismay, would have to change. I quickly came to the realization that I needed to cut my grocery spending in half! ( A process made all the more problematic as grocery prices continued to spiral upwards)! But, with a brave heart and growling stomach, I got down to the business of cutting away various foods in order that I might meet my goal.

The first item on the cutting board was most forms of meat. And, while I could still afford some packaged and processed meats (when they were on sale), items like chicken, steak and ham had to go. I figured I could sub-in peanut butter.

Next on the list was the 'snack' category. Over time, I had developed a habit of purchasing name brand chips that were also low in sodium. No more. I needed to redirect my tastes to generics that were also loaded with salt. This same directive also had me cut out any fresh produce (which can spoil) in favor of the canned alternatives which were, again, loaded with salt. Do you see a trend here? Now, while I was fairly certain that this 'change of the guard' would lead to future health problems, that was OK with me as my health coverage was still good to go.

Other fringe items that needed attention were such staples as bread – I had to change, once again, from name brands to the cheap and tasteless generics. Beer also had to be severely curtailed, but thankfully a loophole existed in the form of really cheap wines. (Looking at the revised list, I realized I was going to transform myself into a somewhat bloated wino).

Meanwhile, in far and distant Washington DC, the party of incredible excess went on... Gee, I wonder what those fat cats are eating tonight?
Posted by Dan Owen at 8:36 AM