Democrats are the disease, Trump is the cure! 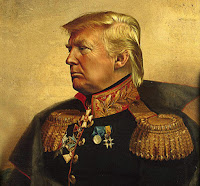 What did the Nation ever do right, that we got Trump and not Clinton elected as President in 2016? I could not even imagine the hole we would be in under Hillary's progressive grip. Not that Trump could be considered perfect. He's overly dramatic and fight the press like a bulldog. And yest, he was exactly what the nation needed at the time! Will things get rocky over the next two years? You betcha! The Democrats are sure to pull out all the stops to thwart Trumps efforts. There are even rumors circulating that they are quite willing to destroy the Republic if needed.


Mark Zuckerberg is a patent liar!

Face Book as a social tool has been of questionable benefit. Evidence has been mounting that tech toys are exactly what is not needed by the young. A fact that the wealthy can attest to. Evidence has also come to light that Zuckerberg lied to Congress when he said he would make efforts to lock down people's privacy. He did exactly the opposite. Companies like FB, Google and Amazon are shamelessly mining people like they were cheap coal.

The Border Wall will be built!

In spite of dramatic efforts by all the members of the Democratic Party to stop the Wall from being improved, it will get the funds, in the end. The problems generated by an average of 60 thousand illegal aliens crossing each day WILL be felt as time goes on. The problem is similar to the frog in the pot of water analogy. The process has been so slow, relatively speaking, that neither the frog or the citizens of the United States really understood that they were in trouble. As December fades, we currently have about 22 million undocumented and illegal aliens living on our soil. The drain they are exerting on the Feds is in the 100 billion dollar range per year! That's a tenth of a trillion. That's a disaster waiting in the wings, in a country whose entitlement and healthcare systems are going tits up.

No CR! Shut er down!

As the date for a government shutdown approaches, many people have expressed bad feelings about Trump doing that over a tiny 5 billion dollars needed to fund border security. Schumer along with other extreme progressives really doesn't care about something that he voted for himself under Obama. No, what matters above everything else for him, is the desire to stop Trump at any cost to the Nation. That's not leadership, Mr. Schumer, that's a sign of incipient political dementia. History will record the Democrat Party actions of this and other key issues, over the past two years, in a very poor light.