How to bring the two political sides together real fast! 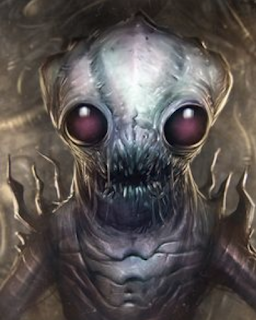 As I've watched the Democrats and the Republicans move at cross purposes for so many years, I've learned that things will not likely change... until, that is, a new threat arises!

Washington D.C. - It's 2044 and President Barbarossa flickers to life on video screens everywhere.

'My fellow Americans, I come to you this day to inform the Nation that a hostile Alien force from somewhere in space has now parked themselves into orbit above our heads.' The President pauses for a few seconds and appears to be perspiring before continuing...

'We have received and decoded a message from them. Ah, a message that appears to be an ultimatum.'

All across the Nation, people stopped in their tracks. Some thought this might be a joke while others were not so sure. Then the President continued speaking.

'As best we can tell, there are over a thousand large ships manned by a race that calls themselves the Khur. They made it clear to us, early on, that they are carnivores and that they are very hungry after crossing vast distances.' The president looks off screen as though to gain confirmation, swallows and continued.

'Well, without further delay, I'll read you the message' -


'Biotics of the puny planet below our mighty warships. We have come to dine... on you. Please don't not fear as your deaths will be swift! Ha Ha. No, I was making a jest. The mighty Khur prefer our food to be alive when we consume it. That is all.'

And on that one day, the American political parties were unified. Of course the next day they were all eaten alive... End of story.
Posted by Dan Owen at 9:53 AM