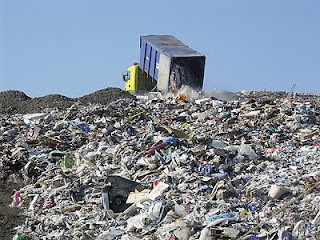 After a lot of heated debate, lawmakers caved in on a bill that would have made them the first State in the to ban plastic shopping bags. While I rarely applaud anything this progressively run state does, I have to give them one atta-boy for at least trying to do the right thing.
Plastic bags that are used once and then tossed in the nearest landfill by the hundreds of millions constitute a growing problem for the environment. They represent just a tip of an iceberg of junk that is thrown away each day by Americans. While some cities have made great strides in recycling, they are still more the exception rather than the rule. And, while I’m vehemently against any more growth in the Federal government, I would like to see state and local agencies take a better look at a problem that just keeps getting worst.
There is no reason that I can see why more of us can’t start bringing our own grocery totes along to the store. Most don’t because the current system of ‘paper or plastic’ is just too convenient and because there is no real incentive to change.
Ordinarily, I would like to see the Federal government challenged to come up with meaningful legislation in this arena, but fear they will take that to mean ‘gain more control’ and then use it as an excuse to add another layer to the old  onion.. No, I feel this issue must be addressed on a local level in such a way that the public will have an incentive to change the way in which they lug their vittles home each week.
Perhaps we could push for the creation of a new department in each state legislature whose job it would be to oversee the recovery of as much recyclables as is possible. Statewide, this could add new jobs while also being profitable in the long term….
Opps, my bad! I actually had a common sense idea there for a minute.
Posted by Dan Owen at 9:05 AM