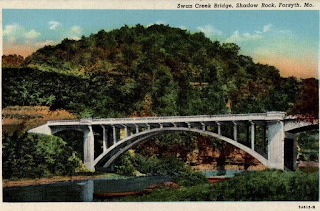 (source EBay Vendor billd2626)
When this bridge was built 79 years ago, my dad had just turned age 10, and I would assume that if it could talk, it would have quite a lot to say! 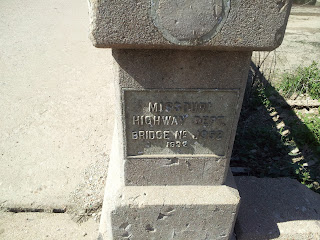 Back in 1932, when the bridge was brand new, here are a few things that were going on: 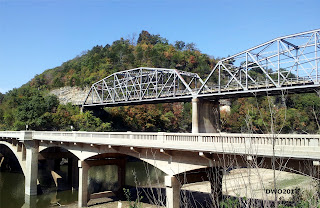 Since that long ago time, this bridge has carried countless people from one side of Swan Creek to the next. It's also one of the few remaining artifacts of the original site of the town of Forsyth, Missouri before it was moved in 1950.

Even today in late 2011, this sturdy reinforced concrete structure is a testament to the engineers of that long ago time who built with pride!
Posted by Dan Owen at 9:23 AM