A strange visit by the Lady of the Lake! 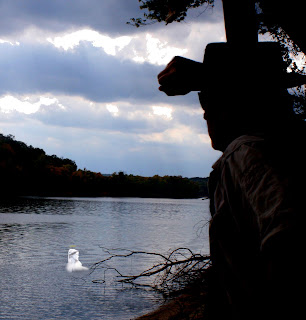 On a mostly overcast day in October, I found myself wandering by the side of a lake set in the middle of a quiet and deep forest. As I rested for a moment against a tree, I saw the strangest thing. A young woman of purest white emerging slowly from the depths. She appeared to float out of the water, though I knew that to be impossible, and approached me as I stood there too afraid to move and shaking like a leaf.
“Are you the man they call Dan?” She asked in a voice almost too soft to hear.
“Yes, I am, I stammered!” Now, way too freaked out to do more than answer in short monosyllables, even though a million questions pounded at the periphery of my mind.
“Then stand like a man, Dan”. She intoned with eyes that pierced mind in way that almost hurt and yet were soft and at the same time. In response to this I think I did stand a little straighter. I think had she asked me to pass out at that moment, I would have done that too. Very slowly, she then raised her right arm pointing it directly at me.
“I hear that you are the man whose head is full of sand. Be that true?”
In the craziness of the moment, I noticed she was beginning to rhyme. A thought that ran across my consciousness and then was gone. Still, a small smile crossed and otherwise terrified face. “Well to be honest,” I began. “There are people who say that about me, but in truth, I think it’s mostly empty space.” As I spoke these words, I was sad to hear how shaky and unsure my voice was. Surely, she would take note and query me further, I thought. But, that was not to be the case. 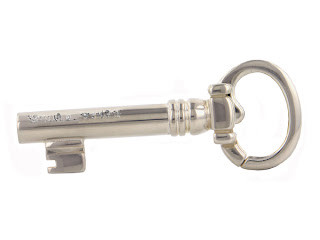 “Yes, I can see that, she affirmed quietly.” Her hand was now not pointing, but cupped and appeared to hold an object that looked like a silver key. “Take this key then,” She breathed as she moved even closer to the spot I was rooted in. I thought I could just make out the smell of lake water on her as she did this. “Hold this key close to your heart, for there is a storm coming. I will return in one year to collect it back from you.”
I grasped the key she offered, it was small and silver in appearance and felt oddly heavy in my hand. She then turned without another word and walked back to the waters edge. Turning towards me, she smiled and then walked into the lake until her head disappeared below the waves.

A storm? What kind of storm? I wondered to myself.

Email ThisBlogThis!Share to TwitterShare to FacebookShare to Pinterest
Labels: Danomanno, Forsythkid, Lady of the Lake