Factors that affect the severity of the flu season! 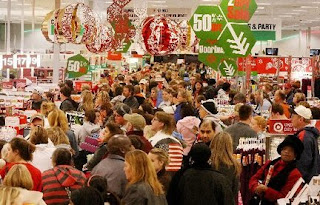 Every year the flu that was doing its thing in the southern hemisphere moves up north. In North America, the first coughs and fevers generally begin to appear in October reaching a peak in January. Warming weather then sees this troublesome virus move south again as the cycle repeats.

Some flu seasons in the US are relatively mild with only about 5% of the US population becoming ill while other seasons might see 20% get sick with up to fifty thousand or more dying as a result. It's no wonder, then that the Flu is the eight leading cause of death here in the United States!
But, what makes one season mild while the next worst. And what of the so-called pandemics where many countries become involved in much higher than normal morbidity and mortality rates? What factors influence one from the other? Following are some ideas I’ve been kicking around.
The Holiday Season
Every year, here in the US, we hit a stretch of time where people get together with loved ones to celebrate Thanksgiving, Christmas and New Years. An intense period of time that brings a couple of unique factors into play all of which favors a virus like our friend the flu.
1)      Crowding – No doubt, it is the Holiday seasons that see an inordinate number of people flock to shopping malls, grocery stores and places of worship. A person with the flu who sneezes in a crowed area is a very effective conduit for infection.


2)      Increased stress – The Holidays are a time of great happiness for many. But, they are also a time of great stress as families try and cope with a restricted budget that sometimes gets stretched to the breaking point. The gifts of December become the bills of January. As the level of person’s stress goes up, so too does a person’s immune system go down. The sets the stage for any illness to become greatly exacerbated. People who might have shrugged of a viral attack in less stressful times, now find themselves confined to their beds. Mortality rates climb as a result.


3)      Increased travel – At no other time during the year do more people travel than in the weeks beginning with and right after Thanksgiving. This conveyor belt of humanity is the perfect vehicle for the fast transmission of the flu from one locale to the next.

4)      Movement of produce – Viral flu particles can ‘live’ on surfaces (AKA fomites) for much longer than many had previously thought. Researchers have reported periods as long as 48 hours or more on certain hard surfaces like stainless steel. Interestingly, produce is shipped from all over the world right to our kitchens and often hits our distribution centers well within that period of time! I have in front of me an orange from South Africa. If it made here to my hand fresh, who’s to say that a sturdy virus like the flu could not make a similar trip intact? (Africa, by the way, is the current breeding ground for the Swine Flu as the human version is now found widely hogs there).
Extreme Weather 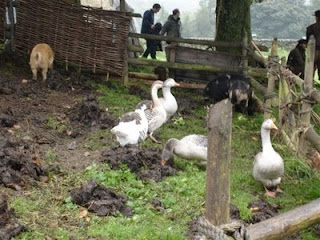 The second major factor to consider are those years that see extremely cold winters. Cold so severe that people in many countries are forced to huddle together with the animals and poultry they raise, for mutual warmth. In areas like China, it is not unusual to see a family living in direct contact with swine and ducks; two animals that are known carriers of the flu virus. It is in the pig that mixing of the viral particles can sometimes occur resulting in a recombination of flu genes that may be novel or something that the human immune system does not recognize. Then, if the new bug can be transmitted between humans, the stage is set for a global pandemic. As some researchers at the World Health Organization have been heard to say, it’s not if there is going to be another pandemic, but when. Recent findings now point to climate change as a chief mechanism for most of humankind's maladies—from wars to epidemics to economic downturns..
In all likelihood, there are many other factors that can come into play that will separate one flu season from the other. Certainly, persona hygiene and widespread dissemination of vaccines will play a role. But, perhaps the most important will be the continued surveillance of the world’s health organizations so that they can react quickly and decisively when trouble erupts.


Disclaimer: All opinions expressed in this post are those of the author of this blog.
Posted by Dan Owen at 9:05 AM