Contagion the Movie: Could it happen for real? 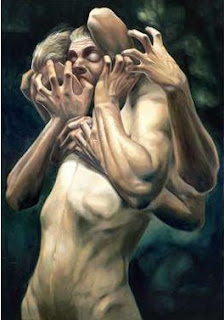 The movie Contagion has two plots in my view; first, a deadly virus comes on the scene that is transmitted indirectly by touching surfaces (known as fomite transmission) and second, the unfolding fear among people that races well ahead of the virus itself. A fear that quickly tears down the foundations of civilization and which leaves the principal characters trying to survive while being attacked on two fronts!

A scary movie to be sure, but what if there is some truth to such a scenario?

Right now, out in the world at large, there are two forms of influenza that have viral scientists concerned; Swine flu and the so-called Bird flu. Known in scientific circles as H1N1 and H5N1, both have properties that can make them very scary indeed! First, the Swine flu, because it has shown itself to be extremely contagious; able to leap continents in single bounds. After first appearing in late 2009, it quickly spread to almost every corner of the planet infecting as many as two billion in the process. And that was in just one year! Thankfully for us, it was not very virulent, only killing less than a tenth of a percent of the people who caught it. (Yet, even at such a small percentage, that still equated to a large number dead)!

Contrast that form of influenza with the 'Bird' flu; a virus that does not easily spread from person to person, but which is at the same time extraordinarily virulent; killing 60% of those who catch it. (By comparison, the infamous 1918 Flu that killed up to 50 million worldwide was only about 2% fatal).

Imagine then, what would happen if both the Swine and the Bird flu happen to infect the same person or pig at the same time! It's possible that they might ''mix genes' to produce a new and horrible strain! One that is easy to catch and that then kills most of the people who catch it! A combination that could set the stage for mass fatalities on a scale unimagined by humankind and which would make this movie version look like a walk in the park!

As of this writing, no such strain yet exists. However, WHO authorities have been quoted as saying that the next pandemic, 'is not a question of if, but one of when.'
Posted by Dan Owen at 12:22 AM