What can you say about Ron Paul? 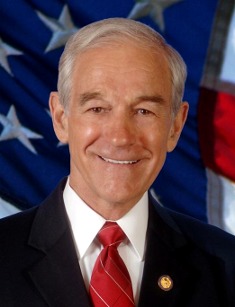 This election season, I ask that you forget about party affiliations and look hard and long at both Parties. Each has had a role in getting America to where it is today; on the very brink of disaster. Ron Paul is the only candidate who has stood for so long in the middle of the political spectrum and now, I think, the majority of American’s are standing there with him.
Please consider voting Ron Paul into the Office of the President in 2012 so we can get about the business of turning the country we all love around. My name is Dan Owen and Ron Paul is my candidate of choice!
Posted by Dan Owen at 10:50 AM