In the Land of Nod, a young man sits. But, planet Earth is giving him fits! 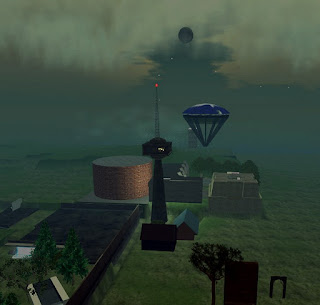 A man sits alone high up in a tower, ensconced at his metal desk. One of the few furnishings he owns; if you discount the two used bean bag chairs and an old oil drum that serves as a source of heat. And oh yes, there's a stereo that only gets two stations and which like to drift off channel from time to time. The man, Nad Newo, rarely bothers to try and locate the music when this happens; preferring the white noise of static almost as much. 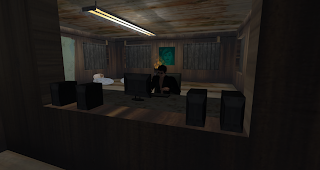 Nad does have one modern convenience, however, an old and banged up PC that was a hand-me-down from an uncle who lives in another realm far away called ‘Earth’. And, while the connection to the ‘net’ is a little sporadic sometimes, on the good days when its working, he makes it a point to Google the headlines; trying his best to keep informed of events going in such a strange place. Sometimes that’s hard to do. This place called ‘Earth’ is so different from his world of Nod that sometimes the headlines make little or no sense. For instance, it seems that the people are always fighting over there. War is a 24/7 event, and must be very popular because even their sports reflect the need to overcome and conquer someone else. A thought that would be alien to Nad's people. Even the children seem to bask in games of murder and mayhem. In Nod, that form of aggression never bloomed very brightly and Nad was happy it never had. Perhaps this had something to do the the geography of his world. Rather than many separate land masses, there was only one large one with small island scattered about the rest of the surface of an otherwise watery planet. The big land mass was known as Nodia (pronounced kno-de-ah) and the planet itself as Nod. Of the small islands, which number about twelve, the largest of these was called Tampurea and was also the location of the 'Verda' or technical ones. On the main continent, on the eastern coast, was the capitol city called Champ. A city that also served as the center of the planets government. We;l, it was sort of a government, only not in the sense that the word was used on Earth. No, in Nad's view, it was more of a loosely held assemblage of men and women who gathered together for a short time on each rotation of the planet around its primary star to review finances, review harvest figures and to make sure that the majority of the population of Nodia were well cared for. They also partied and drank to excess while dong so. So, not a really formal government at all.There was, for instance, no Department of Defense as there were no countries to be protected against. There was no interstate commerce as their were no states within Nodia. The populace was firmly entrenched in an agrarian society with very limited industry. Perhaps Nod could be considered a primitive world by the standards of Earth, but nevertheless, it was a world where the people were well fed, caring and who often excelled in the arts and sciences. The educational system of Nodia was very simple. You started school at birth and finished it at death. At which point you were also posthumously awarded a Diploma of Life! The lessons learned were clear. During your time on Nod, you learned that material possessions counted for very little, while close family ties counted for everything. Technology was out and a love of all things living was most definitely in. Even Nad's possession of a computer was considered something of a miracle as they were not made on his planet. No, even the way in which Nad came in to possession of this one is a tale all to itself. Suffice it to say, an intra-dimensional tunnel through space-time was involved and leave it at that. Another miracle was the way in which it stayed connected to the other world's 'net' even though he had since moved the machine far from where it was discovered in the tunnel located under the city of Tonne. Nad like to think of his particular connection as more of an 'outernet' and this thought always brought a smile to his youthful face. 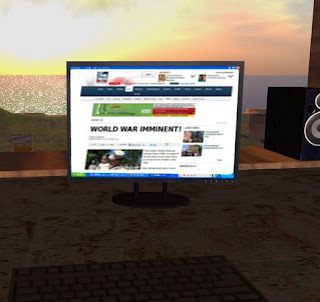 But, today, the smiles were few and far between. Nad had come across a piece of news that troubled him deeply. Holy Saints, he thought as he read the story. What have these crazed people gotten themselves into now!

Scrolling down the page with his mouse wheel, Nad read with growing horror, about a world e assumed had gone mad!