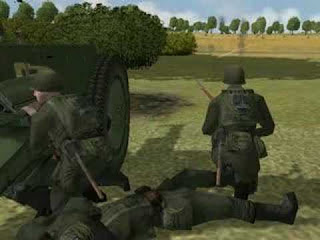 With crooked Hillary now a certain bet for prez of the US, it is most informative to watch the goings on, elsewhere, by the other powers.... and what they are doing right now!

Russia - ﻿ The highly provocative and unnecessary ongoing US-NATO buildup in the Baltic states and Eastern Europe is bringing Washington closer to war with Moscow than at any time since the 1962 Cuban Missile Crisis. ﻿ The last time such hostile military power amassed on Russia’s frontiers was in June 1941, when Nazi Germany invaded the Soviet Union.

Putin is aware that NOW is the time to act to consolidate that when he feels belongs to him. He is certain that Obama will freeze like a deer caught in the headlights of a newly built T-14 Armata tank.

Russia and Iran are currently moving to secure Syria and clobber Saudi Arabia via Yemen.

An interesting “urgent bulletin” circulating in the Kremlin and issued by the Ministry of Transport (MoT) is “warning/strongly advising” that all Federation maritime concerns “remove/displace” their shipping vessels from the Atlantic Ocean region as sometime during the next fortnight (14-days) a catastrophic “storm of the century” event is likely to occur along the Eastern coastal regions of the United States. [Note: Some words and/or phrases appearing in quotes are English language approximations of Russian words/phrases having no exact counterpart.]

In China, there is talk that a war may be necessary to defend China’s interests in the South China Sea. In fact, a newspaper that is a mouthpiece for the Communist Party actually stated that war with the United States “is inevitable” if the U.S. continues to insist that the Chinese must halt activities on those islands… meanwhile the island building goes on...

China recently conducted a series of massive military exercises that simulated an attack against Taiwan. Since the U.S. is committed to protecting Taiwan, a real conflict of this nature would almost certainly involve the United States.

Add into this mix, please add the dark workings of ISIS and North Korea and you might just get the idea that this coming New Year's celebration may be the last for a while to come....
Posted by Dan Owen at 11:39 AM